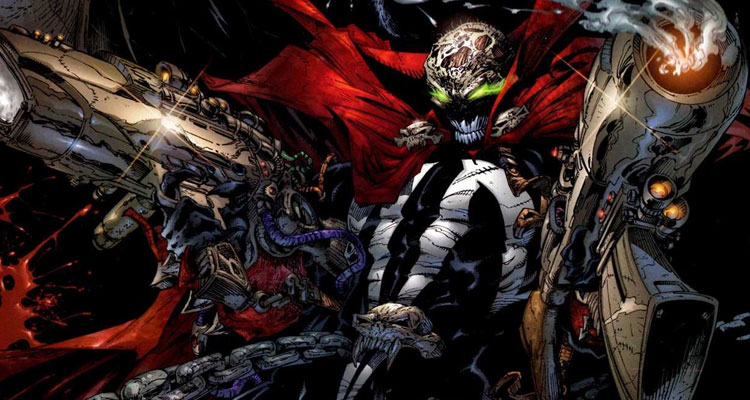 Marking the directorial debut of ‘Spawn’ creator Todd McFarlane, the film tells the story of Al Simmons, a solider/assassin who is killed, and has his soul sent to hell. After making a deal with an evil being known as Malebolgia: in exchange for his soul, Simmons would get to see once again his wife. However, when he returns, five years had passed, and he has been transformed into a demonic creature with superhuman strength, speed, and near immortality.

Realizing that he cannot battle the constant evil permeating the globe alone, Spawn enlists the aid of Twitch, a detective with the intelligence and intuition that Spawn needs most.

Jason Blum (‘Split,’ ‘Get Out’) and his Blumhouse Productions banner are on board to produce

“As a first time director, I wanted to surround myself with the most talent and the most skilled people I can on all fronts,” McFarlane told Deadline. “I was lucky enough to land Jason Blum and then Jamie Foxx, and I knew the person on screen the most is this police officer, Twitch Williams. We needed as strong a person as possible because he will be the face of the film. I took my naïve Hollywood approach again, and said let’s start at the top and work down. Jeremy was at the top. I’m a huge fan of his. The character doesn’t need to be a bodybuilder or GQ handsome. I was looking for somebody who’s a person you’ve met before; I needed someone who can pull off the grief of an average human being. I’ve seen Jeremy do that in more than a few of his movies. He was at the top of my list, just like Jamie.”

Blum added: “Jeremy is the ideal choice for Twitch Williams. He radiates honesty, intelligence and a hard-working, everyman charisma, the same qualities that make Twitch such a compelling character.”

TAG is showing in cinemas across the country now.