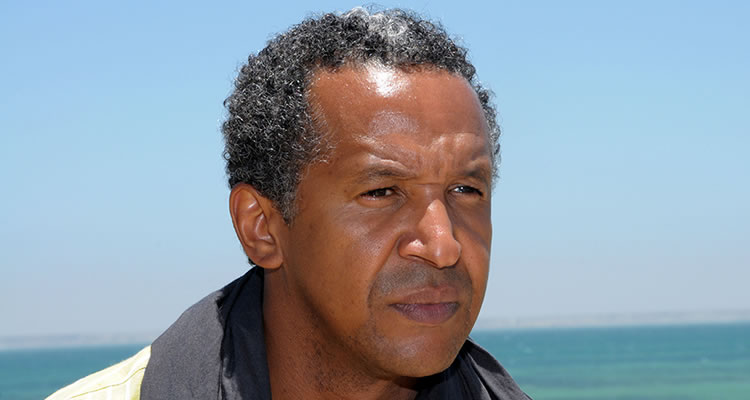 TIMBUKTU, directed by Abderrahmane Sissako, was selected to compete for the Palme D’Or at the Cannes Film Festival last year, and was entered into this year’s Oscars race for Best Foreign Language Film.
This week, the tale of a cattle herder in Timbuktu who finds his life, and the life of his family, turned upside down after a seemingly innocent incident, is released in Irish cinemas. We caught up with director Abderrahmane Sissako at the Cannes press conference to find out more.

You say that the idea came to you after a tragic event in 2012; the assassination of an unmarried couple. Was this an immediate reaction? Was that the starting point for the film?
Abderrahmane Sissako: The trigger for me was the stoning of this couple in a tiny little village in the north of Mali. It wasn’t the event per se, it was more the fact that nobody talked about it. The world is such today that when a new mobile phone comes into the market that the whole of the press talks about it, yet we remain totally and increasingly indifferent in the face of horror. I didn’t intend to make the film in the way it turned out, initially. I started out with the idea of making a documentary, then I gave up on this idea and made the film you saw.

How did you go about the dialogue and interplay in the film?
AS: There was some pressure; to make a film it has to be financed, and to be financed it has to have a screenplay! We quickly wrote up the screenplay. I wanted to tell people what was happening there, inform people. I didn’t write things like for a fiction film.

There is a real contradiction in the lead character. How did this come about?
AS: I think a film comprises several different moments in time. You have the initial screenplay, then you have a second sort of screenplay… For example, when I went to Timbuktu and I actually met the people who had experienced this first hand, and I listened to what they had to say. Then you have the actual shooting of the film. The real story of the man who killed a fisherman, for me, this is where actual art comes into play. I needed to turn this into a sort of an accident. When you kill someone there must have been some terrible trauma in that person’s life; perhaps when that person was a child… My idea was that we need to feel some kind of compassion. It’s the audience that then sculpts the character that they see on screen. The film evolved because each of the actors put something of themselves into it. When we started shooting I realised that if I want people to be moved by the main character, we had to portray him with his family. That was not actually written into the screenplay; it just took shape in the various scenes. When I brought these elements, and the people together, they all helped me to develop the depiction of this world, the couple, their family.

You briefly talked about the tragic angle of the film, but things are often tragic and comic at the same time. How did you create this tone in the film?
AS: Human beings don’t comprise just one dimension; it’s not just all or nothing. Everybody is complex. You have both good and evil, and I think it’s important to realise that a Jihadist is a human being who, at a certain point in his life, has opted for a given choice. What you need to do is make these people appear human; they are fragile. At the same time, a person who treats people badly may sometimes be wracked by doubt. I provide ideas to the actors; I explain how I view things. I give the general idea and then we have the relationship and we start to improvise on set.

The film is beautifully shot; what led you to choose this, as it is such a contrast to the theme of the film?
AS: Talking about aesthetics is very difficult; it actually scares me a bit. This is something that actually scares me when I go about making a film. Then I feel very free because it is a film of language. You speak hat language with your own intonation; each director has his own accent – one’s childhood, one’s own experience. What can I use to communicate all these feelings best? Basically the idea is to be harmonious; you need to communicate well, convey ideas well, while at the same time standing back from the situation. It’s easy to show horror; I think you have to avoid taking the easy way out. You therefore need to use all the means afforded us by cinema.

TIMBUKTU is released in Irish cinemas on May 29th 2015