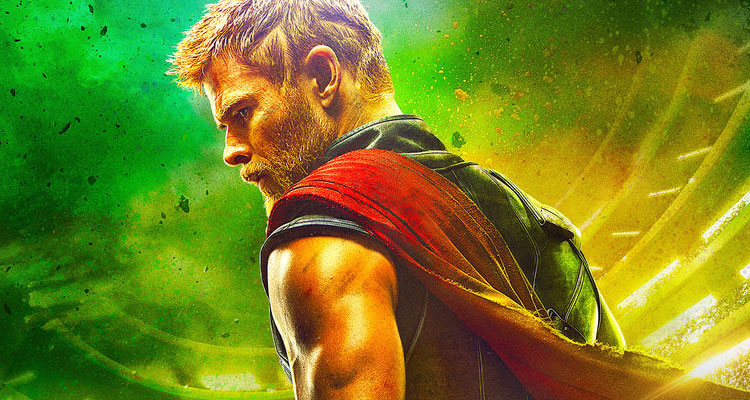 THOR: RAGNAROK (USA/12A/130mins)
Directed by Taika Waititi. Starring Chris Hemsworth, Cate Blanchett, Tom Hiddleston, Jeff Goldblum, Tessa Thompson.
THE PLOT: When Hela (Cate Blanchett), the Goddess of Death, rises and sets her sights on Asgard, it is up to Thor (Chris Hemsworth) to defend his home from this new threat. When he gets lost along the way, however, Thor finds himself having to face an old friend before he can make his way back home.
THE VERDICT: Although there have already been four films in phase three of the Marvel Cinematic Universe – ‘Captain America: Civil War’, ‘Doctor Strange’, ‘Guardians of the Galaxy Vol 2’ and ‘Spider-Man: Homecoming’ – ‘Thor: Ragnarok’ is the first MCU film in a long time that feels as innovative and fun as the films from the first phase; largely down to Taika Waititi at the helm.
Familiar faces are back for this new instalment of Thor’s story, including Anthony Hopkins, Chris Hemsworth, Tom Hiddleston and Idris Elba. They are joined by some new and exciting casting choices, including Cate Blanchett as Hela, Tessa Thompson as a kick ass Valkyrie, Rachel House, Karl Urban and in perhaps the most exciting and fun casting choice, Jeff Goldblum as Grand Master. All of the cast seem to be having a great time with Eric Pearson, Craig Kyle and Christopher Yost’s screenplay, and there is a lovely contrast between the shades of evil played by Blanchett and Goldblum, as well as tons of humour, lots of heart and a great adventure at the film’s heart. Goldblum and Hiddleston are a great pairing on screen, and Cate Blanchett brings the terror as a vengeful goddess out for revenge.
As mentioned, Eric Pearson, Craig Kyle and Christopher Yost’s screenplay is a delight on screen; the story is a great adventure that allows the cast to have fun, but there are plenty of emotional hits, comedic moments and kick ass fight scenes. Taika Waititi sprinkles the screenplay with his trademark humour and awkward honesty, which gives the film a feeling of cohesion and heart that has been lacking in many of the recent MCU outings.
As director, Taika Waititi takes the Marvel formula and makes it is his own, blending humour and heart, fights and fun throughout the film. Waititi’s skill at comic timing and allowing the audience to root for the characters – as so beautifully shown off in ‘Hunt for the Wilderpeople’ is – on full display throughout ‘Thor: Ragnarok’, and this, as well as the 80s inspired soundtrack, the neon feel of the world that Grand Master inhabits makes the film feel exciting in a way we haven’t seen in a while. This feel dissipates slightly through the final act of the film, however, which falls back into familiar Marvel ground, and although the use of “Immigrant Song” feels inspired – if slightly obvious – the first time, it begins to grate the second.
In all however, ‘Thor: Ragnarok’ is a fun, brightly coloured, funny and kick-ass adventure with plenty of familiar faces and some exciting new ones. Blanchett and Goldblum are wonderful additions to the world of Thor, while Hiddleston and Hemsworth are the best they have ever been in their well worn roles. ‘Guardians of the Galaxy Vol 2’ went some way to refreshing the MCU, but ‘Thor: Ragnarok’ is bright, sparkling and entertaining, while carefully setting up Infinity War along the way.
RATING: 4/5
Review by Brogen Hayes