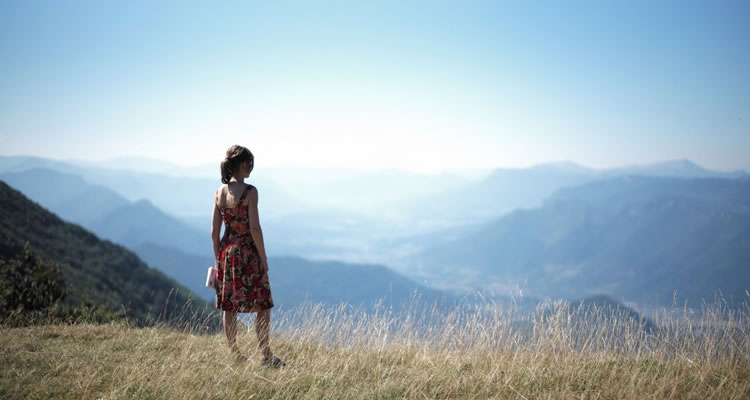 THINGS TO COME (France | Germany/12A/102mins)
Directed by Mia Hansen-Løve. Starring Isabelle Huppert, André Marcon, Roman Kolinka, Edith Scob, Sarah Le Picard
THE PLOT: Nathalie (Isabelle Huppert) seems quite comfortable in her life as wife, mother, daughter and teacher. When all of this begins to fall apart with the announcement that her husband of 25 years is leaving her, Nathalie begins to taste freedom for the first time in years… Or perhaps ever.
THE VERDICT: Director Mia Hansen-Løve’s previous film – ‘Eden’ – was inspired by her brother’s experiences in the dance music scene of Paris, and this new film mines her mother’s life for the big screen. It is immediately obvious that this is a very personal story for the writer/director, but in telling the tale of a woman whose life has gone stagnant, the film seems to offer little in the way of movement.
It is no great surprise that Isabelle Huppert confidently and ably carries the story of Nathalie in ‘Things to Come’. Calm in the face of so much change, Nathalie clings onto the smallest of things – her mother’s cat, in fact – and her relationship with this pesky feline becomes a metaphor for how her life is going at this crisis point in her life. Huppert is elegant and infinitely watchable, and it is her story that the audience engages in. The rest of the cast features André Marcon, Roman Kolinka, Edith Scob and Sarah Le Picard.
Hansen-Løve’s screenplay observes Nathalie as she deals with a tumultuous period in her life, and even though the calm and grace with which she faces the challenges heaped upon her may seem alien, it is clear that there is a storm brewing beneath the surface. There are times when the film is frustrating in its lack of movement, however, although there are some laughs throughout the film, it really is one based on observation than action.
As director, Mia Hansen-Løve gets great performances from her cast, and although she never ups the ante in terms of pacing, emotion or action, it is all there underneath the surface, if you know where to look. The film does feel a little drawn out at times, however, and a stronger thread tying it all together could have made for a more engaging film.
In all, Isabelle Huppert once again shows why she is the queen of European cinema in this carefully observed and beautifully acted film. The languid pace is troublesome from time to time however, but emotion is wonderfully understated throughout the film.
RATING: 3.5/5
Review by Brogen Hayes