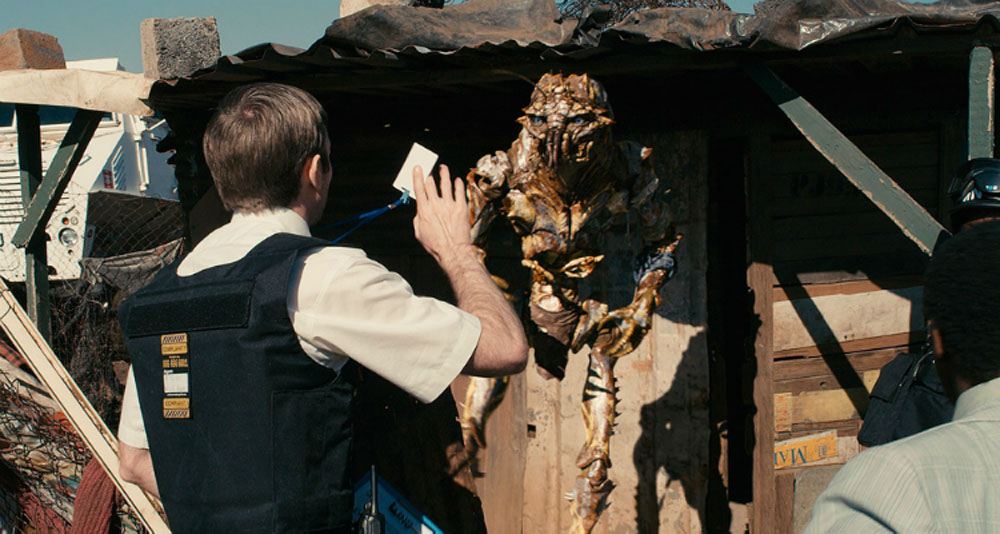 ‘Arrival’ is released in Irish cinemas this week, from ‘Prisoners’ and ‘Sicario’ director Denis Villeneuve, ‘Arrival’ is based on the short story “Story of Your Life” by Ted Chiang. When 12 alien craft arrive on Earth at different pints across the globe, the first thing everyone wants to know is why they are here. Language specialist Louise Banks (Amy Adams) is drafted into the arrival site in Montana to try and translate the alien language. All is not so simple however, and Louise and scientist Ian Donnelly (Jeremy Renner) have to first learn the alien language before they can begin to ask questions.

To celebrate the release of ‘Arrival’ in Irish cinemas, Movies.ie has taken a look back over some great alien invasion movies for you to watch to get ready for ‘Arrival’.

MARS ATTACKS!
Released 19 years ago, ‘Mars Attacks!’ is Tim Burton’s take on what would happen if little green men from Mars actually made landfall on Earth. Completely farcical, over the top and hilarious, ‘Mars Attacks!’ is based on a trading card game of the same name, and sees Martians come to Earth in peace, but when a dove is released in celebration, the Martians take this as an act of war, attacking the planet, transposing people’s heads and causing general chaos until someone discovers the aliens’ weakness is the song Slim Whitman’s “Indian Love Call”.
‘Mars Attacks!’ is very different from the Tim Burton films we have become used to in recent years; it is darkly hilarious, twisted and weird, and is just silly enough to be brilliant.

THE WORLD’S END
Gary King (Simon Pegg) reunites with his childhood friends Andy (Nick Frost), Oliver (Martin Freeman), Peter (Eddie Marsan) and Steven (Paddy Considine) in the hopes of finally finishing the epic pub crawl in their home town, that they failed at 20 years ago. Of course, everything is different when the gang returns to Newton Haven, but what they don’t realise is, just how different everything is.
Another comedic alien invasion film and, after ‘Mars Attacks!’, another to star Pierce Brosnan as a character who may or may not make it out alive. ‘The World’s End’ is an exaggerated version of returning to your home town long after you have left, and wraps up the Cornetto Trilogy in a typically hilarious and bizarre film from Edgar Wright, Simon Pegg and Nick Frost.

SIGNS
Released in 2002, ‘Signs’ was one of the best suspenseful and strange films to some from director M. Night Shymalan. Aliens arrive on Earth, slowly and insidiously, and are able to blend into their surroundings, but they begin to target the human population, without any idea of why they have arrived in the first place. Farmer and former preacher Graham Hess (Mel Gibson) tries to protect his family from this terrifying threat, but as the aliens draw closer, he has to think fast.
‘Signs’ is a master class in suspense, and keeping the audience on the edge of their seats. Telling the story through the eyes of one small and slightly dysfunctional family is a great one, since many alien flicks tell the planetary picture, but ‘Signs’ is a small and personal story of survival.

EDGE OF TOMORROW
In the not too distant future, aliens have landed and are decimating Earth. When Bill Cage (Tom Cruise) refuses a mission to go to the frontline, General Brigham (Brendan Gleeson) has him arrested and charged with being a deserter. Cage fins himself on the frontline anyway and, when an ambush goes horribly wrong, he finds himself on the edge of death, with the peculiar talent for repeating the same day over and over again.
Based on the Japanese novel “All You Need Is Kill” by Hiroshi Sakurazaka, ‘Edge of Tomorrow’ is a thrilling action movie with plenty of aliens and plenty of set pieces full of chases and explosions, but it is also about the relationship between two characters; one of whom learns more about the other through a time loop, and another who is at an emotional disadvantage. Oh… And it’s also about saving the world… Of course!

DISTRICT 9
Neill Blomkamp’s first feature length film is adapted from the director’s earlier short film ‘Alive in Joburg’ and follows aliens – nicknamed “prawns” – who have been living in Johannesburg for 28 years in squalid internment camps, who are naturally suspicious when the time comes for their temporary homes to be bulldozed. Meanwhile Wikus van de Merwe (Sharlto Copley), an Afrikaner bureaucrat, finds his body changing in urecognisable ways after he is exposed to a mysterious fluid of alien origin.
‘Disctict 9’ is a very thinly veiled look at the racial and cultural divides in South Africa, as well as xenophobia around the world. Director Sharlto Copley uses the “them vs us” metaphor to stunning and thought-provoking effect in ‘District 9’, while also examine what happens to us as people when we are forced to confront the identity we have chosen for ourselves.

Honourable Mentions to… ‘The War of the Worlds’ (1953), ‘Invasion of the Body Snatchers’ and ‘They Live’

‘Arrival’ is released in Irish cinemas on November 10th 2016. Watch the trailer below…