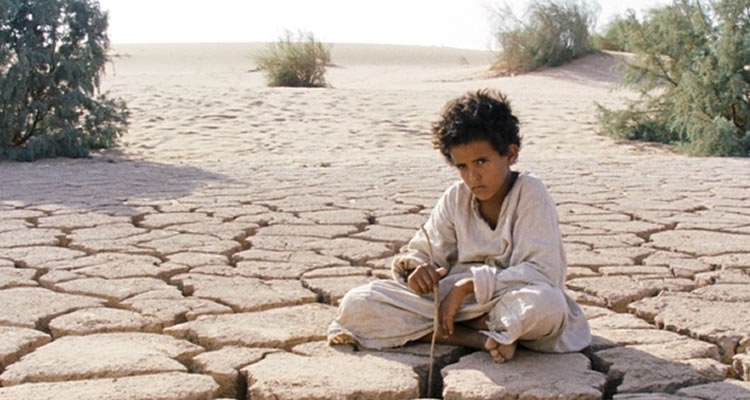 THEEB (United Arab Emirates | Qatar | Jordan | UK/TBC/100mins)
Directed by Naji Abu Nowar. Starring Jacir Eid Al-Hwietat, Jack Fox, Marji Audeh, Hussein Salameh
THE PLOT: During World War I, Theeb (Jacir Eid Al-Hwietat) lives with his Bedouin tribe, away from the front lines and the ravages of war. One night, a British soldier (Jack Fox) and his guide Marji (Marji Audeh) come across the tribe and ask for help getting to a well near the newly laid train tracks. Theeb’s older brother Hussein (Hussein Salameh) is sent to take the strangers along their journey and although Theeb wants to go with them, he is forced to stay at home. This doesn’t stop the young boy, however, and as he follows in search of adventure, he is walking into a dangerous and volatile situation.
THE VERDICT: THEEB is a coming of age tale, the tale of a clash between the old and the new ways of life and a Western, all rolled into one. Young Jacir Eid Al-Hwietat is fantastic in the leading role; all eyes and cheeky statements to begin with, but when things turn sour, the young actor makes his character studious and still. It is Theeb’s story and the young actor carries the burden of the story on his shoulders with seeming ease. Hussein Salameh – Jacir Eid Al-Hwietat’s real life cousin – plays his character well, and the chemistry in both the playful and serious scenes with his younger brother is obvious. The rest of the cast is made up of Jack Fox as the gruff English soldier and Marji Audeh.
Naji Abu Nowar and Bassel Ghandour’s screenplay scrimps on the detail, and as such avoids clunky exposition. Enough is revealed through dialogue for the audience to understand the time period, the loyalty of the Bedouin people and the idea that all of this is about to change. The screenplay is light on dialogue – in fact, there are about 20 minutes of the film where Theeb is alone on screen – but this makes for an economical and strong film.
As director, Naji Abu Nowar has coaxed a wonderful and powerful performance from the young actor at the centre of the film; he plays the role with such ferocity that he lives up to the meaning of his name – Wolf. There is the feeling of a Western about the film, and it takes place at around the same time as many of the classical Westerns, but this is a film that could easily sit beside Lawrence of Arabia as a companion piece, while feeling oddly contemporary through its cinematography and use of the Monument Valley-esque landscape.
In all, THEEB may be slow in places and sometimes maddeningly light on detail and exposition, it is this that makes the film strong and engrossing. Jacir Eid Al-Hwietat is a delight in the leading role and easily carries the film on his young shoulders and, although the film drags its heels from time to time, it is almost always surprising and utterly engrossing.
RATING: 5/5
Review by Brogen Hayes