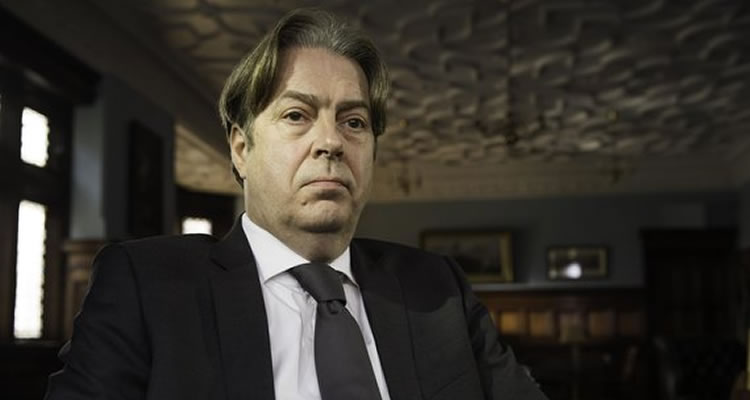 THE TRUTH COMMISSIONER (Ireland/12A/102mins)
Directed by Declan Recks. Starring Roger Allam, Sean McGinley, Ian McElhinney, Barry Ward, Ian Beattie, Conleth Hill, Madeline Mantock.
THE PLOT: Arriving into Northern Ireland to chair the first-ever Commission For Truth And Reconcilliation, Henry Stanfield (Allam) has other concerns on his mind outside of peace, love and understanding between Protestants and Catholics. There’s the little matter of his adult daughter Emma (Hyde), and the fact that she has refused to talk to him for many years now. Having settled in Northern Ireland partly to get away from the man who she believes abandoned her and her mother, Emma is about to have a baby. It’s news to Henry, and when he finds that the men behind the men behind the wire threatening not only him but his family too should he push a little too hard for the actual truth, the pain and anguish felt by those standing before him in court daily hits home. Right to the heart of home.
THE VERDICT: Playing as both a political thriller and a ‘Lost In Translation’ mid-flight crisis, this earnest adaptation of David Parks’ earnest novel is one of those solid dramas that has all the signs of being designed and executed as primetime quality TV. And that’s because it was, this BBC commission’s jump to the big screen surprising director Declan Recks (‘Eden’, ‘The Clinic’) as much as everyone else involved.
Unsurprisingly, ‘The Truth Commissioner’’s big-screen adventure is a limited release one, being the kind of drama that will probably play better in the living room that the multiplex. There’s nothing inherently wrong with it, but, until that welcome rush of danger in the closing act arrives, there’s very little here that we haven’t seen before.
To the point that, one suspects Roger Allam actually travels to auditions now with his own attache case full of important political papers.
RATING: 3/5
Review by Paul Byrne