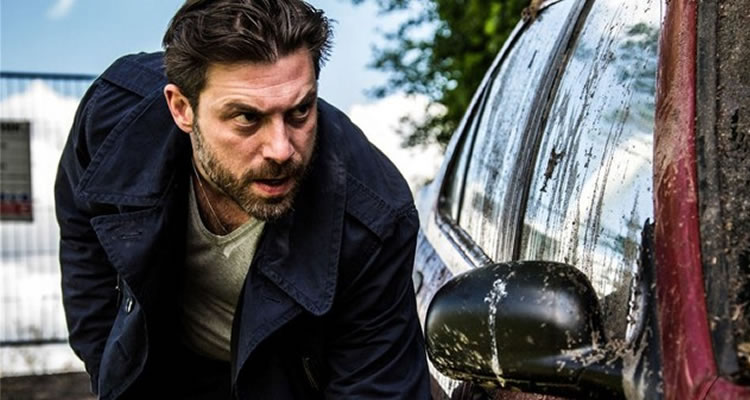 THE TREATMENT (Belgium/TBC/131mins)
Directed by Hans Herbots. Starring Geert Van Rampelberg, Johan van Assche, Ina Geerts, Ingrid De Vos
THE PLOT: Inspector Nick Cafmeyer (Geert Van Rampelberg) is assigned to the case of a family held prisoner , whose young son was abducted by a sexual predator. Unable to shake the idea that this is somehow connected to the disappearance of his brother when he was nine years old, Nick finds himself drawn back into the case surrounding his brother and a manhunt for this new sexual predator.
THE VERDICT: Based on a novel by Mo Hayder, THE TREATMENT is a slow burning crime thriller filled with uncomfortable moments and engaging characters, but runs just a little too long in the end.
Geert Van Rampelberg is fantastic in the lead role as Nick Cafmeyer. Still living in the family home, and consistently harassed by Ivan Plettinckx (Johan van Assche), the man Nick believes is responsible for his brother’s disappearance, Van Rampelberg captures the wide eyed and manic feel of a man whose ordered life is just for show. Ina Geerts plays Nick’s superior officer Danni; a woman who knows Nick all too well, Johan van Assche is wonderfully creepy as the antagonistic neighbour and Ingrid De Vos is vile as Nancy Lammers, a woman with little scruples.
Carl Joos’s screenplay winds together the personal tale of Nick, and the fact that he has never been able to move from the house where his brother disappeared – perhaps he likes being messed with, perhaps he is waiting for his brother to return? – with the ongoing investigation into a new case of child abduction. In weaving these stories together, with their many twists and turns, the film becomes a little bogged down, and although we spend a lot of time with these characters, we never really get to know them all that well. The same can be said for the criminal’s motivations, which are given a lot of screen time, but end up making little sense.
Director Hans Herbots creates a tense, violent and often gut churningly violent thriller in THE TREATMENT, but struggles to make the film feel as urgent as the characters would have you believe it is. Subplots appear and disappear seemingly at random and, although the final act of the film is thrilling, the pace of the story until this point is uneven and makes the film feel every bit as long as it’s 131 minute running time.
In all, THE TREATMENT is a dark and often tense crime thriller, but struggles under the weight of the many sub plots it establishes. Tighter editing and a clearer voice throughout the film would have benefitted it, but as it stands it is a decent and often disturbing piece of cinema.
RATING: 3.5/5
Review by Brogen Hayes