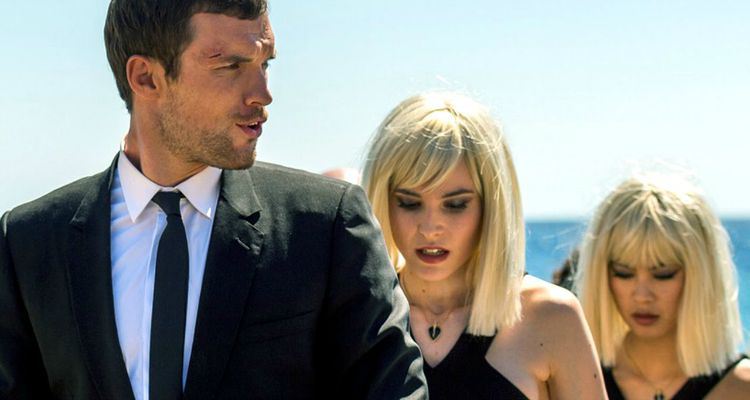 THE TRANSPORTER REFUELED (France | China/15A/96mins)
Directed by Camille Delamarre. Starring Ed Skrein, Ray Stevenson, Loan Chabanol, Gabriella Wright, Tatiana Pajkovic
THE PLOT: On the French Riviera, Frank Martin (Ed Skrein) is drawn into a dangerous world when his job as a ‘transporter’ puts him in contact with Maria (Tatiana Pajkovic) and her friends, who are intent on ripping off a notorious crime boss, to they can escape from their lives of servitude to him.
THE VERDICT: Although it may have lost Jason Statham, the TRANSPORTER franchise seems determined to continue, with Ill Manors actor Ed Skrein in the leading role this time. The trouble is that while the film looks good – well, like a car ad – there is precious little plot, acting skill or subtlety to the entire affair.
It seems foolish to try and analyse the performances in THE TRANSPORTER REFUELED, since every single one of them is one note unsubtle and slightly wooden. The cast is made up of Ed Skrein, Loan Chabanol, Gabriella Wright, Tatiana Pajkovic, Wenxia Yu, Radivoje Bukvic and Ray Stevenson who, frankly, should have known better with films such as THOR, BIG GAME and the PUNISHER and DIVERGENT franchises behind him.
Screenwriters Adam Cooper, Bill Collage and Luc Besson did not seem to care very much for story when putting The Transporter Refueled together, since the dialogue is wooden and crawling with exposition, the fights frighteningly bloodless and the entire film filled with paper thin characters who the audience struggles to root for.
Director Camille Delamarre seems to have no interest in making any of the characters in the film rounded or likeable in any way, they instead manipulate one another while looking flawless and plastic, then do it all again to someone else. The pacing of the film is a mess, the fight scenes seem like the actors simply can’t be bothered to put any effort into them at all, and the final resolution comes so late in the film that any sympathy for these foolish, shiny and thin characters has long since disappeared.
In all, THE TRANSPORTER REFUELED is a misguided attempt to keep the franchise going now that Jason Statham has moved on. None of the cast are particularly memorable, none of the characters are particularly likeable and, since it never really feels that anything is at risk, the film falls flat very quickly. Still, it was filmed on the French Riviera, and that looks pretty on screen.
RATING: 0.5/5
Review by Brogen Hayes