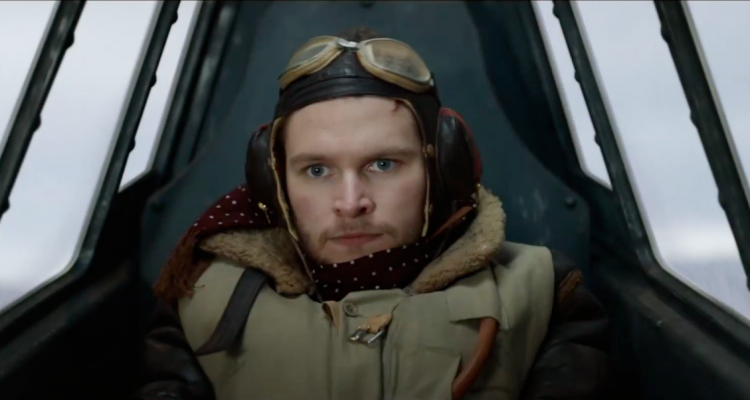 THE SECRET SCRIPTURE (Ireland/12A/108mins)
Directed by Jim Sheridan. Starring Rooney Mara, Jack Reynor, Theo James, Vanessa Redgrave, Eric Bana.
THE PLOT: In the middle of World War II, Irish woman Rose (Rooney Mara) secretly marries an Irish fighter pilot working for the RAF. When he is chased away from their home by Irish Republicans, Rose learns she is pregnant, and spends the next 40 years in an institution; it is only when the facility is being closed and Rose has to be reassessed, that the true story of her tragic life comes to light.
THE VERDICT: Based on the novel of the same name by Sebastian Barry, ‘The Secret Scripture’ is directed by Irish filmmaker Jim Sheridan and boasts an impressive cast including Jack Reynor, Aidan Turner, Pauline McLynn, Susan Lynch, Theo James, Eric Bana, Vanessa Redgrave, Tom Vaughan-Lawlor. Obviously inspired by the waves of scandal about the Catholic Church that continue to shock Ireland, ‘The Secret Scripture’ feels a little like an exploitative version of ‘The Notebook’.
Rooney Mara leads the cast as Rose – with Vanessa Redgrave playing the older version of the character – and Mara is charming enough, does well with the accent, but it is difficult to see just why all the men in this small Sligo town are falling all over her, since her sex appeal is virtually non-existent. That said, Mara does well enough with the role and it is good to see her smile from time to time. Vanessa Redgrave handles the older version of the character, a broken woman who still believes her truth, even after years of heartbreak and electroshock therapy, with grace and dignity. Redgrave is a powerhouse actress, and her performance brings gravitas and strength to the film. Jack Reynor and Aidan Turner have smaller roles, Susan Lynch makes her nursing character gentle and caring, and Eric Bana makes Dr Greene a passionate and engaged man.
Jim Sheridan and Johnny Ferguson’s screenplay is based on the novel by Sebastian Barry, and often feels strained and strange. The romantic elements at the start of the film work fine, but there are some plot points that feel more than a little convenient – although they may work on page better than they do on the screen – and there is a feel that the later half of the film is a little exploitative of real suffering undergone by Irish people. That said, the feeling that the Catholic Church in Ireland had a lot to answer for in terms of cruelty and suffering is strong throughout the film, and this is a message that Irish people should never forget.
As director Jim Sheridan seems as though he is trying to make a World War II romantic drama, so then the elements of Church abuse do not always sit well with the feel of the rest of the film. Little explanation is given for many of the characters’ motivations, and although it is clear who the good and the bad guys are, Ireland in the 1940s was more complicated than the film makes it appear. The cinematography makes the country look beautiful, but there are visual and scripted clichés that drag the film down.
In all, ‘The Secret Scripture’ is just about kept afloat by Vanessa Redgrave and the beautiful cinematography, but there are too many conveniences and clichés in the script for the story to ring true, and the whole thing just ends up feeling a little emotionless and trite.
RATING: 2.5/5
Review by Brogen Hayes