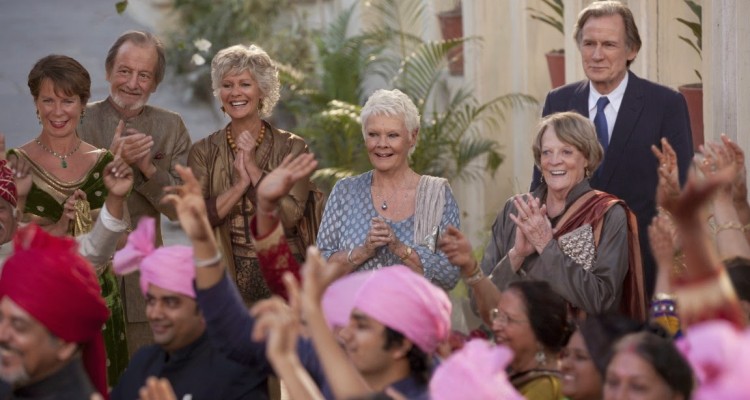 THE SECOND BEST MARIGOLD HOTEL (USA | UK/PG/122mins)
Directed by John Madden. Starring Maggie Smith, Judi Dench, Bill Nighy, Ronald Pickup, Richard Gere, Tamsin Greig.
THE PLOT: With the hotel rapidly running out of room, Sonny (Dev Patel) is determined to expand his idea for The Best Exotic Marigold Hotel, but with his wedding looming and a hotel inspector on the way, things soon descend into chaos.
THE VERDICT: The first BEST EXOTIC MARIGOLD HOTEL was a warm and sweet affair, uncomplicated by expectations from either the audience or the people who made it. This time out, however, it seems that writer Ol Parker and director John Madden are only too aware of the legacy their first Jaipur-ian adventure left, and are determined to better it this time.
Most of the cast of the first film – Maggie Smith, Judi Dench, Ronal Pickup, Bill Nighy, Celia Imrie, Penelope Wilton and Dev Patel – have returned, and are joined by Richard Gere and Tamsin Greig. The cast, as always, are on great form, and the chemistry between the individual couples is lovely, however Patel is somehow more manic than he was in the first film.
The story, written by Ol Parker, has a familiar feel to it; I am not the first to mention that this film bears more than a passing resemblance to a certain episode of Fawlty Towers, and I am sure that I will not be the last. As well as this, Parker seemed determined to make use of the stellar cast at his disposal, and gave each of them a detailed and drawn out subplot, which is detrimental to the film as a whole. Still, Maggie Smith has some corking lines, and Penelope Wilton is great at playing a bitch, which helps.
As director, John Madden allows the gentle chemistry between the cast to carry the film, but does not make bold choices when it comes to cutting the dead story weight, which serves to drag the film down as a whole. As well as this, the pacing of the film is a bit of a mess, leaving the audience unsure which subplot they are watching, and why precisely these matter to the film as a whole. There are, however, some charming moments, handled delicately, and the whole thing ends with a massive dance sequence, which has the audience feeling happy as they leave.
In all, THE SECOND BEST EXOTIC MARIGOLD HOTEL is charming enough, but tries to manufacture some of the emotion inherent in the first film, and never quite reaches the level of charm that it aspires to. The cast are great, however, and the film looks good, but it never quite shakes off the unfortunate implication of its title.
RATING: 2/5
Review by Brogen Hayes