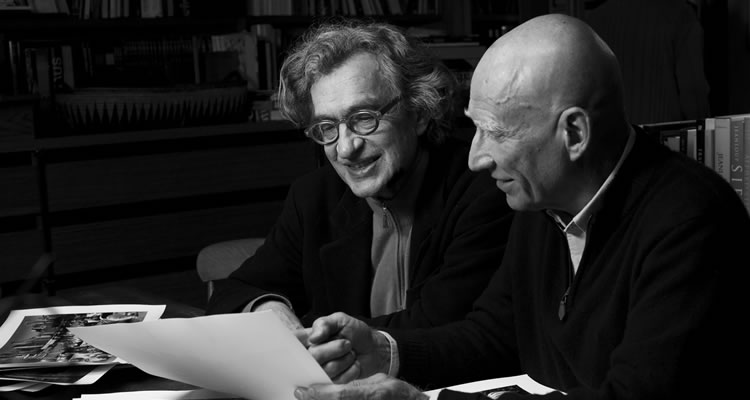 The Salt of the Earth

THE SALT OF THE EARTH (France | Brazil | Italy/IFI/110mins)
Directed by Wim Wenders and Ribeiro Salgado. Starring Sebastião Salgado.
THE PLOT: Wim Wenders teams with Juliano Ribeiro Salgado to take a look back over the life and career of photographer Sebastião Salgado, who has travelled the world for over 40 years, documenting humanity.
THE VERDICT: Wenders first came into contact with Sebastião Salgado’s work many years ago, and teamed up with the photographer’s son to make a film about the man’s life and legacy. The film is framed as a look back over Salgado’s work, with the photographer talking through his experiences and thoughts while shooting stunning images.
Wenders and Salgado shoot the film as carefully as Sebastião Salgado shot his famous photographs, and allow the photographer to tell the stories of his experiences in remote, dangerous and beautiful parts of the world. As Sebastião Salgado talks, the images he discusses are projected over his face, giving the audience a feel of the emotion behind the images. Much of the film is shot in crisp black and white, to keep a through line going between Salgado’s photographs and the film itself.
Sebastião Salgado embedded himself in the communities he photographed, becoming part of the story himself, so it makes sense that his stories are as important to the film as the images. Salgado himself then becomes the story, as he recounts the emotional impact of his time in Rwanda during the genocide, and his decision to change paths in his chosen line of work. Replanting a decimated forest inspired him to move into nature photography, and these images are as powerful as those he took of humans.
Wenders and Salgado choose the photographs to be shown, and there are times when these are incredibly disturbing, but they always feel honest and, combined with the tales told, have a strong emotional impact. The film falls down with Wenders’ own narration of Salgado’s work and its impact on him. Not only does this change the film from the audience’s experience to Wenders’ own, but the voiceover is often dry, and Wenders; intonation does nothing to make the film more lively. As well as this, once the film turns into a discussion of the forest that Salgado built – while it is necessary to understand the photographer’s move into shooting nature – it goes on a little long and changes the tone of the film.
In all, THE SALT OF THE EARTH is filled with beautiful and impactful images from Salgado’s career, but Wenders’ narration is a little disengaging, and the pacing is a little drawn out at times.
RATING: 3.5/5
Review by Brogen Hayes