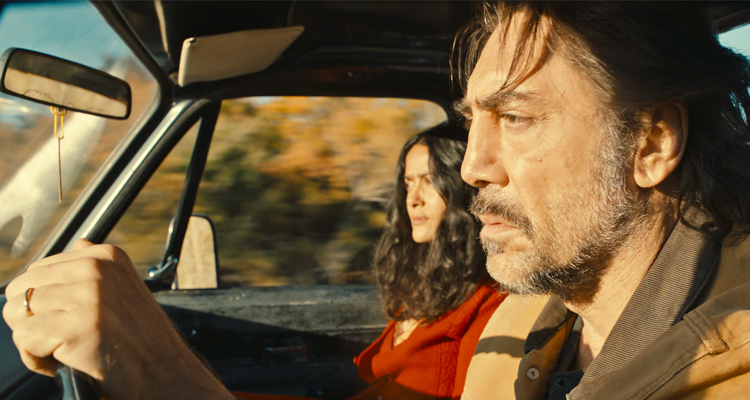 The Roads Not Taken

The Plot: Mexican writer Leo (Javier Bardem) has lived a full life, but now his mind is fracturing. Suffering from early onset dementia, he’s losing his grip on reality. He lives alone in Brooklyn, but is supported by a caregiver and is visited by his concerned daughter Molly (Elle Fanning). She’s a busy journalist finding her own place in the world but family responsibilities take precedence over the course of one day. As the barely communicative Leo struggles to make sense of his actual reality, his still active mind escapes to his past. Not the past that he lived, but an imagined reality of it. The roads not taken, the lives he could have lived in coastal Greece and with the love of his life, Dolores (Salma Hayek) in Mexico…

The Verdict: Director Sally Potter follows up the raucous The Party with something quieter and contemplative. The Roads Not Taken is a more intimate affair, essentially a two-hander between a vulnerable man suffering from dementia and his daughter as she tries to bring him back into the reality of the life that he has chosen. That sense of a person mentally slipping away from those who know and love him is heart-breaking enough for a dramatic feature film, but there’s an added layer of authenticity in that Potter experienced it first-hand. When her younger brother Nic was diagnosed with early onset dementia, she became a carer for him. From there, the idea sprung of what might be going on inside that active mind that finds it difficult to communicate wants, needs and thoughts.

The result is a family drama that is undoubtedly moving but as fragmented as its subject’s mind. This is represented visually on a poster for the film, with Leo’s memories springing forth from his mind. Imagined memories of lives he could have lived if he had chosen a different path. That’s something we can all relate to, but how Potter chooses to play around with the frailty of human memory is a source of contention in narrative terms. Her script flits back and forth between reality in Brooklyn, where Leo is struggling to get through the day with Molly, and two places that were important to him in the past. What we get is a deeply involving Brooklyn segment that could stand on its own two feet, but comes across as under-nourished by the film’s brief running time.

The Greece and Mexico segments add a thin layer of character development as we come to understand where Leo has come from and where he could have got to with his life. Potter doesn’t spend too long in either place, instead favouring brief revelations without further explanation. Throughout the three timelines, Leo is a character who very much lives in his head and this aspect works well in keeping the story moving. It’s just a pity that the three story strands don’t come together as smoothly as one would hope for from an experienced director like Potter, who has played around with the transformative nature of time and memory before in films like Orlando. There’s a nagging sense that there is a better film somewhere in the script, rather than an adequate one which is carried by the strength of its lead performances.

The usually strong presence of Bardem is replaced here by a physically and mentally vulnerable man who is gradually disconnecting himself from reality. Without a shred of ego Bardem is as chameleonic as always, playing three versions of the same character but also keeping the throughline visible even when Potter lapses at times. He carries the film on his broad shoulders, but is supported by an equally on-target and emotionally-charged Fanning who does more with her character than the script allows her. In the hands of lesser actors, this might have been a run-of-the-mill drama without much impact for an audience. Instead, flaws and all, The Roads Not Taken is quietly devastating. 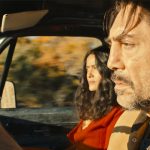