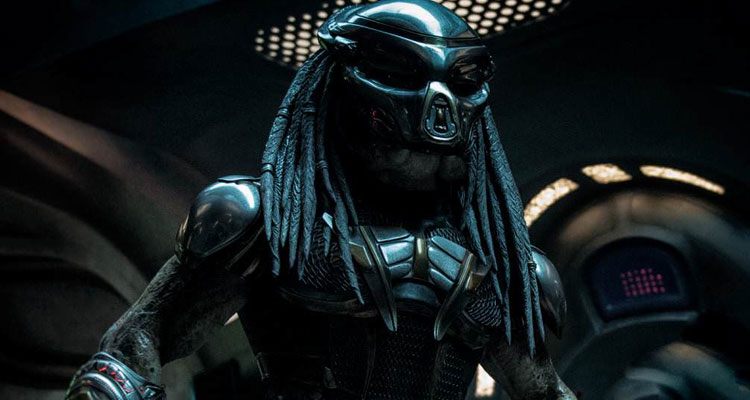 In short: Back to basics fun

The Plot: On a mission in Mexico, soldier Quinn (Boyd Holbrook) comes across an injured alien Predator and its downed spaceship. He takes its armour and weaponry, mailing them back home where his son Rory (Jacob Tremblay) opens the package and inadvertently triggers a signal into deep space. Big trouble is coming. That’s where scientist Casey (Olivia Munn) and Government operative Traeger (Sterling K. Brown) come in. As part of Project Stargazer, they have been waiting for a moment like this to study the predator in closer detail. It may not be as hostile as it seems. When Quinn arrives with a ragtag group of ex-soldiers who call themselves The Loonies, all hell breaks loose with the fate of mankind in the balance…

The Verdict: Given its iconic status as a modern sci-fi action classic, Predator hasn’t been as prolific in spawning sequels over the last 31 years. There was Predator 2 in 1990 and then Predators in 2010 (let’s forget about the black sheep of the family, the Alien vs. Predator films). Now Shane Black, who played Hawkins in the original, has returned to the fold with The Predator. It’s a direct continuation of the storyline, rather than a reboot or re-imagining. That plays in its favour, as it harkens back to some nostalgic lines like getting to da choppah and a nod to Gary Busey’s character in Predator 2 in the casting of his son Jake.

Black’s script, co-written with his The Monster Squad buddie Fred Dekker, can’t quite decide on what it wants to be. Is it an intergalactic war movie? A twisted tale of family values? A guys-on-a-mission film with a token hot female scientist in tow? An evolution of the predator to involve a rather different, icky angle that is somewhat hard to swallow? It’s all of these things, stuck in a movie blender and out comes a hybrid mutation. With such obvious seams showing in the script, it’s a small miracle that Black manages to hold it all together. Just about. Black treads through familiar territory, but at least makes it entertaining.

Despite an over-abundance of characters, they come across as a likeable bunch thrown together to solve a crisis that spills out into suburbia. With the previous films being set in the South American jungle, the urban jungle of L.A. and the predator homeworld, this film poses the bemusing sight of two predators duking it out in a suburban football field with ‘space dogs’ roaming around as well. If the film feels smaller as a result, it was presumably intentional on Black’s part. It’s a back-to-basics Predator film, with some typically sharp Black zingers, choice gore and a new predator design which looks even meaner than before.

Black may be hinting at something bigger and more expansive next time. Let’s hope that we don’t have to wait years or decades for another sequel to happen. The Predator is certainly flawed and very much lives in the cloaked shape of the original. That said though, it’s fast, funny and action-packed. It also justifies its existence by expanding the story a bit further. The hunt has indeed evolved.