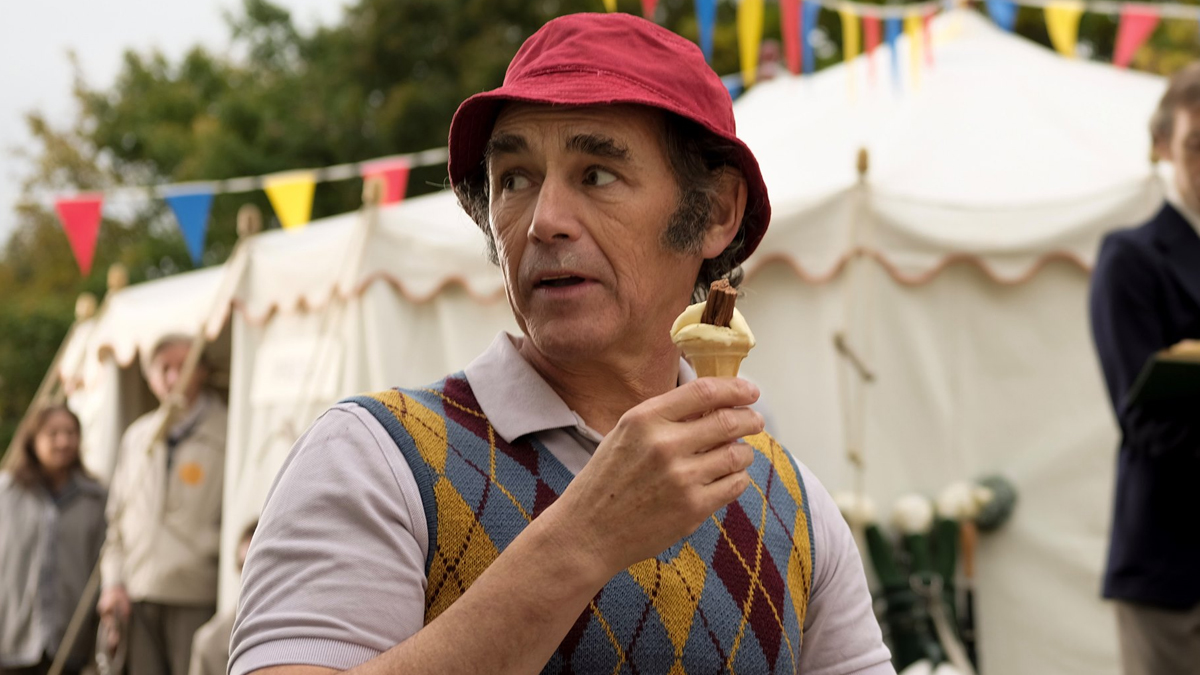 The Phantom Of The Open

Movie Review
3
A hole in two

The Plot: England, 1975. Crane driver Maurice Flitcroft (Mark Rylance) never really made much of an impression, but he was content with his wife Jean (Sally Hawkins) and his eldest son Mike (Jake Davies). That is, until he watched golf on TV one night and became obsessed with it. He set his mind on entering the British Open golfing championship with no previous experience in the game. Learning on the fly, he drew attention on the course for repeatedly missing the hole and scoring the worst round in Open history. That didn’t stop him from entering again under a Frenchman’s disguise… and again. There’s no stopping this dreamer once he puts his mind to it…

The Verdict: There’s something re-assuredly comfortable and warm about The Phantom Of The Open, the third directorial feature from Welsh actor Craig Roberts who memorably featured in Richard Ayoade’s Submarine. It relates the true story of Maurice Flitcroft, a golfing no-hoper in 1970s Britain who didn’t let a significant lack of experience on the course get in the way of his determination to keep trying by any means – including thinly-veiled disguises and foreign pseudonyms. ‘Practice is the road to perfection’ became his personal motto and one has to admire his spirit and gutsiness in not giving up. It’s the kind of ordinary folk hero story that seems to be in vogue these days, like the recent The Duke. Though, The Phantom Of The Open (the name that Flitcroft got dubbed by the golfing community) cleaves closer to the likes of Eddie The Eagle. Amiable and not particularly demanding, it’s still a pleasant enough trip down memory lane with plenty of chuckles along the way.

Simon Farnaby, who also appears as a golfer here, adapted the book of the same name by Scott Murray. As Flitcroft goes about confounding the British Open and achieving some level of notoriety on and off the golf course, Farnaby is careful not to portray him as either an idiot at golf or a genius at getting people’s attention. He simply portrays him as he was – a ‘character’ in the literal sense of the word. An ordinary middle-aged family man with a dream of achieving greatness – even if the light looks very dim at this end of the tunnel. Cinema loves a trier though and Flitcroft was full of boundless enthusiasm for golf. It helps that Roberts has secured Rylance for his leading man. Rylance brings a more considered and sympathetic edge to what might have been a tricky character to pull off convincingly. Go too far in either the idiot / genius department and the performance might be too whimsical. Rylance finds that sweet spot though and carries the film with comfortable ease.

The structure of the film is somewhat episodic, moving from one championship to another without spending too much time in any one period. There are under-developed sub-plots involving an embarrassed Mike pretending that his father is no relation when dealing with his business partners and a Flitcroft fan club in America which seems more like wishful thinking. More interesting is some low-key acting from the always brilliant Sally Hawkins, moving beyond a straightforward supporting wife role to become the reason that Flitcroft is so accessible to other dreamers out there. The pacing of the film is fine, puttering about its business in an unhurried fashion much like the laid-back Flitcroft himself. Roberts infuses the film with Flitcroft’s presence and that extends to the way it eventually reaches and then hits the mark. It takes more than one shot to get where it needs to be, but it does eventually get there – a hole in two perhaps? The Phantom Of The Open is feel-good cinema at its most earnest and doesn’t let its handicap overcome its intent. 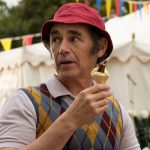 In short: A hole in two