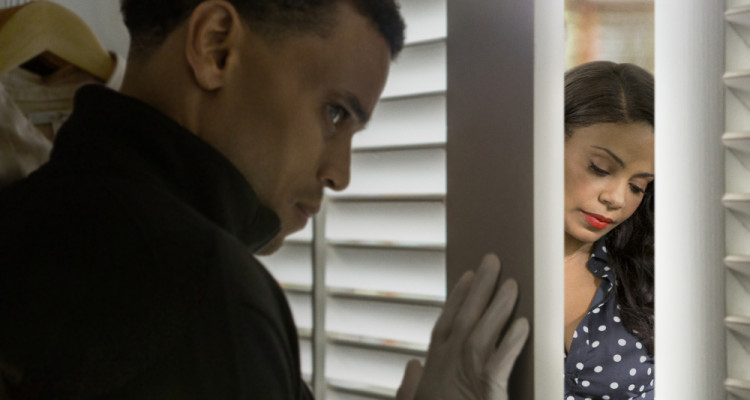 THE PERFECT GUY (USA/15A/100mins)
Directed by David M. Rosenthal. Starring Sanaa Lathan, Michael Ealy, Morris Chestnut, L. Scott Caldwell, Charles S. Dutton, John Getz, Tess Harper, Rutina Wesley, Kathryn Morris
THE PLOT: After Leah (Sanaa Lathan) breaks up with her boyfriend of two years, it is not long before she becomes involved with the charming and handsome Carter (Michael Ealy). After she witnesses her new beau fly into a jealous rage, Leah ends the relationship, but nothing she can do – including going to the police – can make Carter stay away.
THE VERDICT: Remember ‘The Boy Next Door’, which was released in Irish cinemas in February? Well, ‘The Perfect Guy’ could well be titled ‘The Boy Next Door 2’, so similar is the plot to the Jennifer Lopez vehicle.
The cast do well enough with what they are given, but Sanaa Lathan, as Leah, is controlling and manipulative, and seems to have no qualms about throwing herself into things head first, which immediately alienates her from the audience. Michael Ealy plays Carter well enough in the early, charm filled part of the film, but his performance is so transparent that much of this time is spent wondering when this psycho is finally going to give in to his base urges and pick up an axe. The rest of the cast, Morris Chestnut, L. Scott Caldwell, Charles S. Dutton, John Getz, Tess Harper, Kathryn Morris and Rutina Wesley seem to exist solely to have someone for Carter to kill, or for Leah to talk to.
Tyger Williams’s screenplay is based on an earlier story by Alan B. McElroy, but the writer who brought us Menace II Society seems to have become bogged down in familiarity and cliché when approaching The Perfect Guy. As well as being hugely similar to ‘The Boy Next Door’, the film seems to have been inspired by ‘No Good Deed’, – another home invasion flick – which was released in Irish cinemas last November. Leah appears to be a character who cannot live without a man in her life – and gets flustered when she sees a hot guy in a coffee shop – so even though she gets her fight on toward the end of the film, this is far too little, far too late. We never really learn anything about Carter, other than he’s the obsessive type, which does nothing to cement him as a character or round out any of the story,
Director David M. Rosenthal plays the beginning of the film like a rom-com, with pianos consistently plinking and strings constantly swelling on the soundtrack, but when the action finally kicks off, the film feels more like a horror than a thriller, and a very unscary, unsurprising horror at that. The pacing is torturous and the entire film feels like a rehash of so many home invasion films we have seen before.
In all, ‘The Perfect Guy’ is familiar, underwritten and rather dull. The performances are fine, the screenplay is lacking and the direction adequate, but in a film where tension and a strong story are key, ‘The Perfect Guy’ ends up feeling like a morality tale about loving the one you’re with.
RATING: 1/5
Review by Brogen Hayes