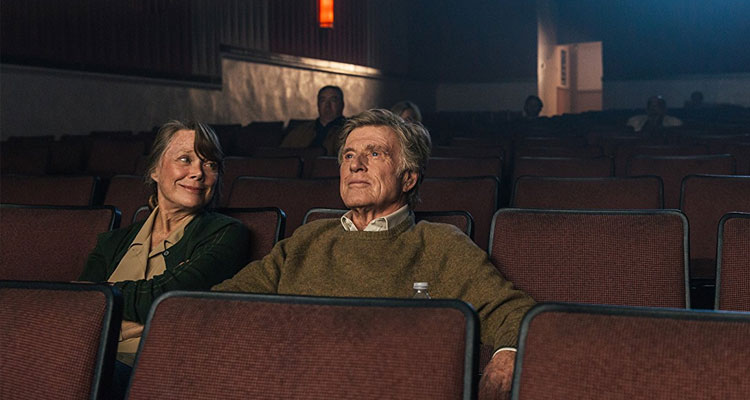 The Old Man & The Gun

The Plot: Texas, 1981. The old man of the title, Forrest (Robert Redford), is an incorrigible bank robber – and a gentleman bank robber at that. It’s not an addiction for him. It’s more of a lifelong pursuit. Sixteen successful prison breaks are hardly going to stop him in his old age. He even charms stranded motorist Jewel (Sissy Spacek), who thinks he’s gently joking about being a bank robber. Dogged cop John (Casey Affleck) becomes interested in Forrest after he robs a bank right under his nose. He discovers a familiar pattern of bank robberies across several mid-western states. He sets out to catch this elusive thief…

The Verdict: It’s been a long and fruitful career for Robert Redford. With 80 acting credits spanning 58 years, the 82-year-old veteran has decided to retire and ride off into the sunset like The Sundance Kid. But who knows? Retiring from acting didn’t quite work out for Clint Eastwood, who returns for his second post-acting retirement role in the coming weeks. If The Old Man & The Gun is to be Redford’s acting swansong, then it’s certainly a fitting one. It relates the (mostly) true story of Forrest Tucker (not the actor). A frequent jailbird, he charmed bank tellers and the American public by pulling off a string of old-timer robberies in the early 1980s.

David Lowery, who previously directed the cosmically haunting A Ghost Story, comes back to more realistic ground – with a whimsical touch of course. There’s a sense of admiration and respect not just for his star but also for the character too. The two coalesce into an ideal summation of what Redford has offered as an actor – movie star looks, a boyish charm, an innate decency and an ability to get to the heart of his characters by making it look effortless. He’s ideal casting for the role. That’s what comes across about Forrest too – he smiles when robbing banks, because it makes him happy. He means no harm, it’s just the way he is. Robbing banks is in his DNA. It’s what he was born to do.

Lowery directs with a light touch, preferring to let his actors drive the plot and move it towards its chuckle-worthy conclusion. Tucker is an enigmatic figure at best though. There’s no profound reveals or in-depth analysis of what made him tick, which is a minor flaw in the film. You’d expect a bit more depth from a director like Lowery. However, he gives the film the air of a 1970s character piece, about a free spirit roaming the vast mid-west, never tied down to any one place or person. That comes across well, along with a fine supporting cast. This is very much Redford’s show though.

As if in awe of his star, towards the end Lowery recounts Forrest’s previous prison breaks – which include brief snippets from Redford’s earlier films. It acts as a double tribute – to the man and the real-life character. As a whole though, the film works as a lovely character portrait of a most unusual man. The Old Man & The Gun might just end up stealing your wallet and your heart along with it. You won’t even notice, as you’ll be smiling all the way along with Forrest.