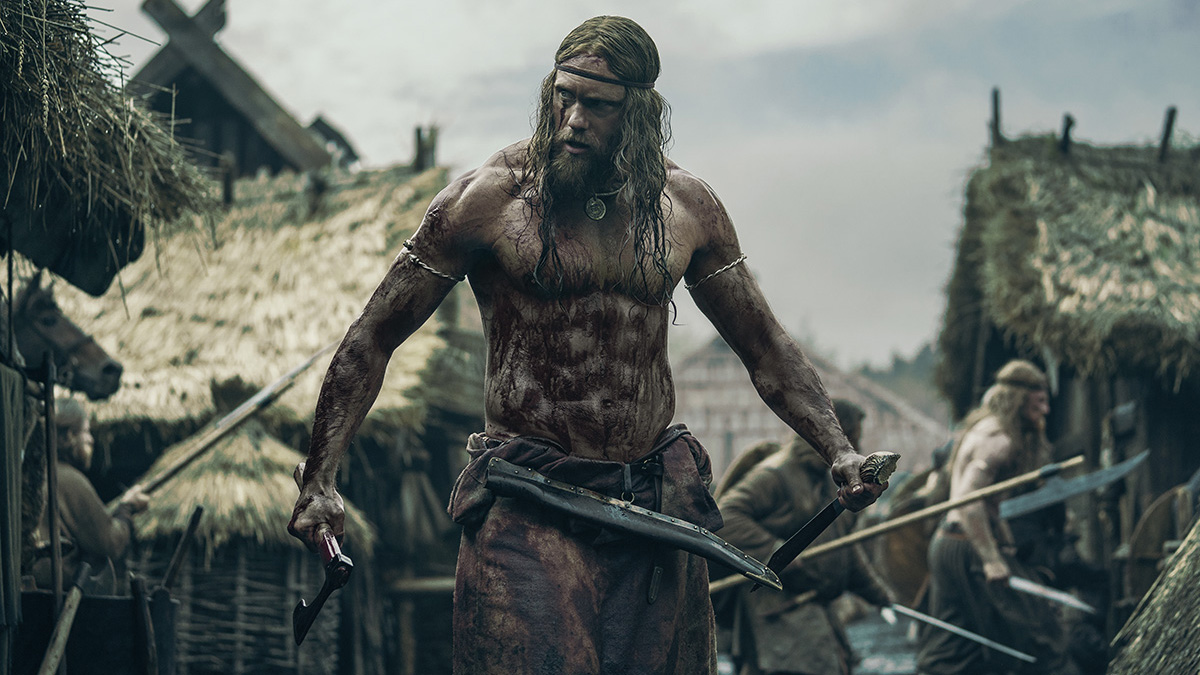 The Plot: Having watched his father King Aurvandil (Ethan Hawke) meet his fate at the hands of his ambitious uncle Fjolnir (Claes Bang) when he was a boy, the now adult Prince Amleth (Alexander Skarsgard) finds himself an outcast. A marauding berserker, his rage and thirst for vengeance is barely contained. When he learns that Fjolnir is now living in Iceland, he sets forth posing as a slave where he also meets the witchy Olga (Anya Taylor-Joy). But first he must worm his way into the household and wait for the right moment to strike…

The Verdict: Now onto his third feature, Robert Eggers continues to go from strength to strength. In his latest film The Northman, the budget has gotten bigger along with his lead actor’s bulging biceps. However, his ambitions and distinctive directorial stamp remain imprinted as much as on the film as on the impression it leaves as the film roars to a climax, the music swells and the credits roll. Welcome to the mad but brilliant world of Eggers’ mind, as he once again draws on primal concerns – in this case, the motivating factor of destructive vengeance. This is all wrapped up in his elemental style of filmmaking which evokes the earthy days of Arnold Schwarzenegger’s breakthrough film Conan The Barbarian. One scene involving a dead or possibly undead king and his sword is a direct nod to the John Milius epic of yore, but The Northman has an actual basis in history rather than fiction.

It’s based on the actual story of Prince Amleth of Jutland, centuries later becoming the inspiration for one Prince Hamlet of Elsinore. There’s nothing rotting in this state of filmmaking though, as Eggers and his Icelandic screenwriter Sjon draw on Amleth’s saga to build up a powerful story of one man’s unyielding quest for vengeance – and the personal cost when he realises that all is not what it seems. There’s also the old Icelandic sagas that the duo draw upon, with the American-born Eggers looking into the past once again and further afield to other cultures to let his directorial vision take shape. It’s quite a film to absorb as it becomes a sensory experience in the cinema (this is not one to wait for the small screen). You can almost smell the blood and mud as Amleth hacks and slashes his way to a potentially glorious death and claim victory in Valhalla – depicted with typically bold and beautifully surreal dream sequences by Eggers.

He does something quite smart in the midsection of the film. Amleth has tracked down Fjolnir – who doesn’t recognise him amidst the raggy hair and beard. Instead, Amleth bides his time and sets about dismantling Fjolnir’s household, one warrior at a time as he gets closer to his mark on a personal level. This is where the film takes on a Shakespearean and theatrical relevance, emphasising character over visuals. Without this slow-burn but deeply involving midsection in which the personal stakes are raised to heightened levels, the film might otherwise be a straightforward tale of revenge most bloody. Alexander Skarsgard acquits himself well, getting the emotional beats across along with his impressive physical performance. Roaring and shouting for vengeance is one thing, but going deep into Amleth’s soul and finding humanity there amidst the carnage is another thing entirely. Claes Bang is an equal match to his foe and Nicole Kidman brings some warmth and then sharp, icy coldness to her lost queen. Even the smaller parts like a chanting Bjork or Willem Dafoe’s eccentric jester make an impression.

The Northman is a film that is loaded with olde world impressions and a firmer sense of accessibility from Eggers, though it remains slightly off-mainstream. That shouldn’t put general audiences off though. This isn’t your grandfather’s epic like the relatively sedate Kirk Douglas film The Vikings but a big, lusty, visceral assault on the senses. It has a modern sensibility while keeping firmly in touch with its historic roots, to make it a film that knows exactly what it is and then runs with it with a hearty roar into Valhalla. Besides, any film that has two warriors duking it out in the shadow of a raging volcano has to be worth the price of admission alone. The Northman is another resounding success from Eggers, cinema distilled down into its core attraction – losing yourself in another world for over two hours and what a world to lose oneself in. One can only hope that Eggers can resurrect his Nosferatu project and breathe new life into those century-old vampire bones. He’s one of the most exciting directors working in cinema today and it’s not hard to see why. Get thee to a picture house and bow down before The Northman. 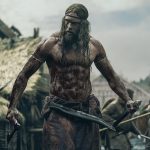 In short: A visceral assault