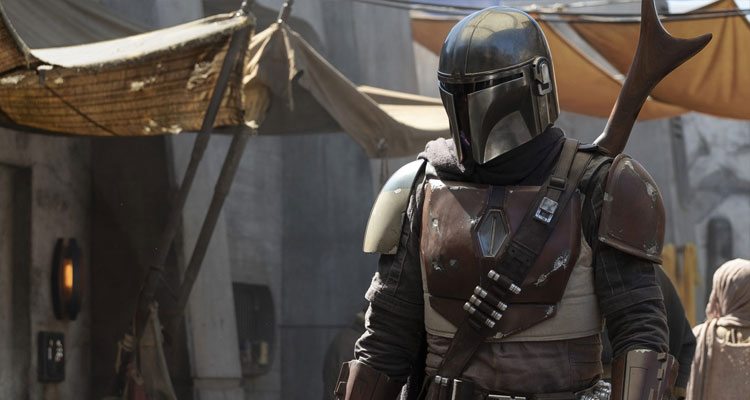 The Mandalorian Review on Disney Plus

You probably know more about this show than you want to. Disney Plus launching in the states last year led to an instant slew of memes about its most prized show’s most prized character before anyone in Ireland or Europe got to see it in action. If you don’t know what we’re talking about, where have you been? And also, lucky you. It’s a fun reveal at the end of episode one which is best enjoyed cold (if that’s even possible in a world with twitter).

For anyone not up to speed, Disney’s director of choice Jon Favreau (The Lion King and The Jungle Book live action remakes) was given the Star Wars universe, cinema’s biggest sandbox, to play in for the launch of Disney Plus. He created The Mandalorian with Dave Filoni, generally acknowledged to be George Lucas’ spiritual successor and the man behind Star Wars The Clone Wars and Rebels animated TV shows. This is the first serialised live action Star Wars project and it is a Big Deal. At time of writing, it has already been confirmed for Season 2 and is the only confirmed active Star Wars project in development as the Obi Wan series Pilgrim has stalled.

Chapter 1 introduces us to a seedier side of the Star Wars galaxy post-Return of the Jedi and pre-The Force Awakens. Starring Pedro Pascal (he died horribly in Game of Thrones but then, didn’t everyone?) under a permanent helmet as ‘Mando’ the titular Mandalorian, we meet our hero as he lands on an ice planet, saving a man in a bar brawl only to turn out to be hunting him for a bounty. They escape from an ice dwelling monster and blast off into space in Mando’s ship. There are people frozen in carbonite. So far, so Star Wars. Mando’s armour may remind you of fan favourite Boba Fett, last seen being eaten by the Sarlacc in Return of the Jedi and that’s because they are from the same culture. Mandalore is also explored at length in the Rebels TV show which is well worth a look.

Back on his Tatoinne-esque desert planet, Mando is introduced to The Client (played with delicious weirdness by Werner Herzog) a man with a stormtrooper entourage who wants his target found and is willing to pay a high price in beskar, a metal that is valued by the Mandalorians for making armour. The rest of the episode follows Mando to the planet where the target is to be found where he meets Kuiil (Nick Nolte) an Ugnaught farmer with a cute catchphrase ‘I have spoken’ and has to battle with a bounty droid to get to the package.

The plot is almost incidental in a show this anticipated in a universe this adored. If you watch The Mandalorian because you need your Star Wars fix, there is much to make you happy. Everything from the background extras to the feel of this new planet (it feels very like Tattoine but isn’t, apparently) is guaranteed to give you a thrill. Doing strong work without any facial expressions, Pascal plays the hero as the typical Western loner just trying to get by but with possible hidden depths. We get flashes of a traumatic childhood as the episode goes on which presumably will be lengthened and explored in later episodes.

The Western motif is strong as well, from the design of the showdown at the end of Chapter 1 to the storytelling style and even the music. This show, even more so than beloved axed Firefly, is a Western in space. The special effects are fantastic, especially for a TV show and it really shows where Disney put their money. It looks and feels like Star Wars and even on an inflated budget that’s impressive for a TV show. Taika Waititi’s IG-11 droid is a triumph of execution which looks real at all times.

As a self confessed Star Wars nerd, I did have some questions, notably: Why are Mandalorians now using carbonite to transport bounties when they only used it in Empire Strikes Back as a last resort and Boba Fett thought Han Solo might die from the process? It became the norm then? But  I am nitpicking. As a general viewer, there’s absolutely loads to enjoy, especially once the episode ends with a reveal that will seem familiar to most people with an internet connection but is ridiculously appealing regardless. Will you watch Chapter 2? Of course you will. We all will. The Mandalorian is further proof that you don’t need Skywalkers in your Star Wars to make it work and it’s going to be exciting to see where it takes us.

The Mandalorian is available on Disney Plus