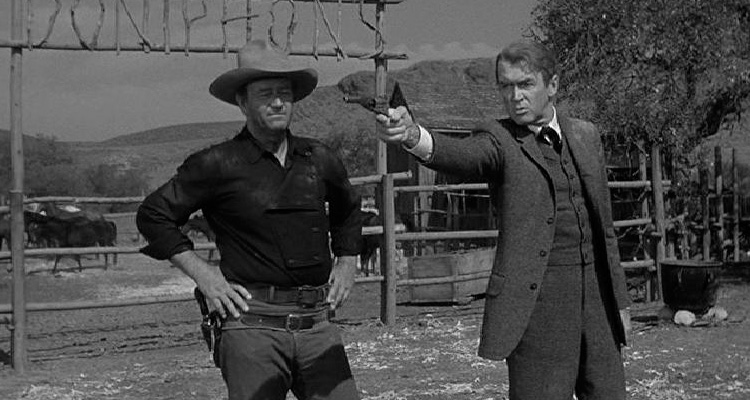 THE MAN WHO SHOT LIBERTY VALANCE Remake In The Works

“Whoa, take ‘er easy there, Pilgrim.” A remake of the John Wayne-James Stewart black and white Western ‘The Man Who Shot Liberty Valance’ is in development over at Paramount Pictures, according to Variety.

Released in 1962, the John Ford-directed original had the pair playing a lawyer and a cowboy who team up to kill the outlaw leader Liberty Valance (played by Lee Marvin), who has been terrorizing a frontier town. Vera Miles, John Carradine, and Lee Van Cleef also starred.

The studio is thought to be eyeing a relatively contemporary update, setting it in 1980s Western Pennsylvania amid the retrenchment of the steel and auto industries.