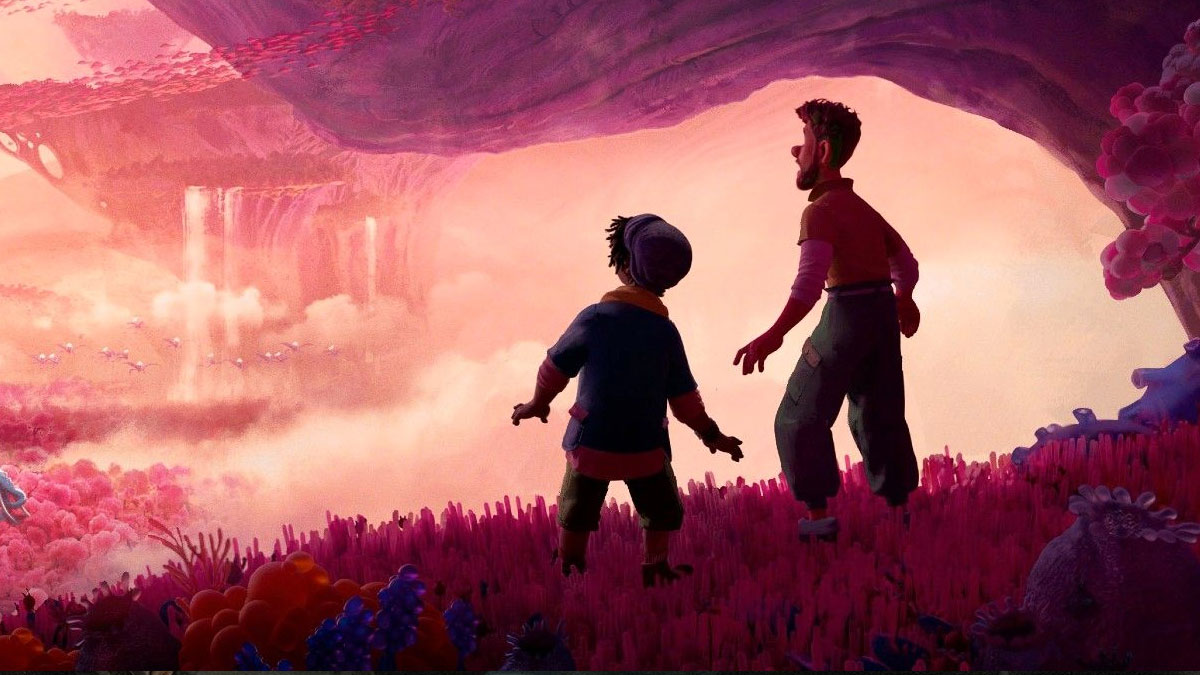 The Low Down on STRANGE WORLD

ABOUT STRANGE WORLD
Walt Disney Animation Studios brings us a science-fiction action adventure film that follows a legendary family of explorers who embark on a journey to a mysterious planet inhabited by surreal lifeforms. The film has a star-studded cast that includes Jake Gyllenhaal, Dennis Quaid, Lucy Liu, and Jakoukie Young-White.  Here’s some good to know facts to get you in the mood for the film…

Who directed it?
‘Strange World’ is the 61st animated film produced by Disney, the film is directed by Don Hall, who previously worked on ‘Moana’ &
‘Big Hero 6’.

Who’s in it?
With only seven voice actors, the film has one of the smallest main cast in a Disney movie to date.
The cast includes Jake Gyllenhaal, Jaboukie Young-White, Gabrielle Union , Alan Tudyk Dennis Quaid & Lucy Liu

1950
‘Strange Worlds’ was the name of two 1950s science-fiction comics. One was by Avon Comics, the other was from Atlas Comics (which later turned into the iconic Marvel Comics).

SEARCHER CLADE
The original working title for the film was ‘Searcher Clade’, which is the name of Jake Gyllenhaal’s character in the movie.

ENCANTO SURPRISE
Our first look at ‘Strange World’ was hidden away in Disney’s magical animated movie ‘Encanto’. Eagle eyed fans spotted the spaceship from ‘Strange World’ pop-up as an ‘easter egg’ during the end-credits of last year’s hit animation.

LEGEND THE DOG
Director Don Hall credits Burny Mattinson, a legendary artist who has worked at Disney Animation for almost 70 years, with the idea for Legend. “He kept telling me the movie needed a dog,” says Hall. “Dogs just scream family, and ‘Strange World’ is about family. I decided to name the dog Legend because that’s what I call Burny.”

FATHER & SON
Dennis Quaid and Jake Gyllenhaal reunite to play father and son for a second time in the movie. Dennis previously played Jake’s dad in 2004’s ‘The Day After Tomorrow.’

PULP FICTION
To create an extraordinary & unexpected world, Disney’s animators took inspiration from old pulp fiction magazines dating from 1896 to late 1950. The magazines got their name from the cheap wood pulp paper on which they were printed. Says associate production designer Justin Cram, “We all had fun designing the different parts of the strange world, taking inspiration from those old book covers. “Seeing what they thought the future might look like back in that era, whether it was spaceships or aliens. It was a great jumping-off point.”

HIDDEN WORLDS
On a recent press tour director Don Hall shared that it wasn’t just sci-fi that influenced Disney’s latest animation, the director calls it “Indiana Jones meets King Kong, but with the cast of National Lampoon’s Vacation”. Talking about his own inspiration director Don Hall shares what sums up the film for him, “I always loved big adventure stories, the specific kind where explorers find a hidden world that was heretofore unknown to them or anybody else.”

STRANGE WORLD is at Irish cinemas from November 23rd