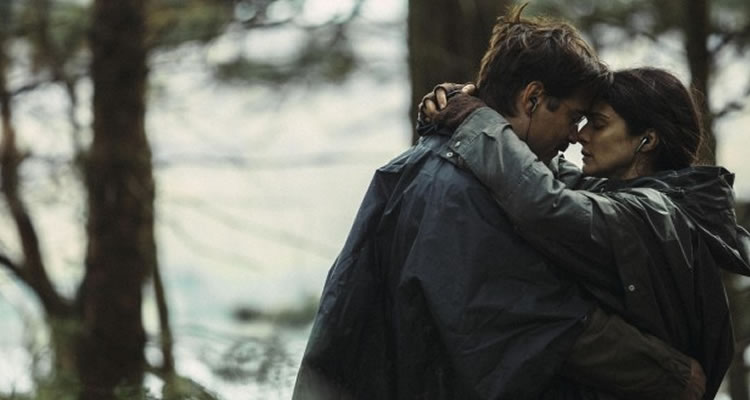 THE LOBSTER (UK/Ireland/15A/118mins)
Directed by Yorgos Lanthimos. Starring Colin Farrell, Rachel Weisz, John C. Reilly, Ben Whishaw, Olivia Colman, Ashley Jensen, Jessica Barden, Angeliki Papoulia.
THE PLOT: Set in the not-too-distant future, we meet David (Farrell), newly single and therefore destined for The Hotel, where singletons are given 45 days to find a new partner, or face being turned into an animal of their choice. Once there, his brother (now a dog) by his side, David makes friends with The Lisping Man (Reilly) and The Limping Man (Whishaw) whilst trying to fend off the advances of The Biscuit Woman (Jensen). Of greater concern is the daily shooting party, every loner in the woods shot adding an extra day to your search for true love.
Realising that true love may never actually come his way at such a place, David realises he’s got to turn rogue…
THE VERDICT: Okay, so five stars might be pushing it just a little, especially given that ‘The Lobster’ is about 20 minutes too long, and would appear to get a little headless in its second chapter, but there is so much mischief, invention and sublime black comedy afoot here, five stars might just get you off your fat, jaded asses and into a cinema to see this half-Irish film that ain’t half-bad. In fact, it’s half-perfect.
It’s ‘Battle Royale’ meets ‘The Office’, Michael Haneke does ‘Fawlty Towers’, a film where Kubrick, Kafka and Keaton get it on. Or, if you want to be a little less arty and arsey about it, The Lobster is a damn good Charlie Kaufman film.
As with much of Kaufman’s work, Greek director Lanthimos (‘Dogtooth’, ‘Alps’) has a habit of letting the head-wrecking rule over the heartbreak, as our everyday rituals, traditions and social norms are turned upside down to see what’s really underneath. And just like Kaufman, Lanthimos manages to find a rich vein of humour in the absurdity of those social norms, and it’s the artificiality of these everyday situations that any actor worth their salary is more than happy to improv the hell out of. Farrell is committed enough here to put on a major paunch for the middle-aged and rejected David, and this might just be the film that finally stamps his new career as character actor.
RATING: 5/5
Review by Paul Byrne