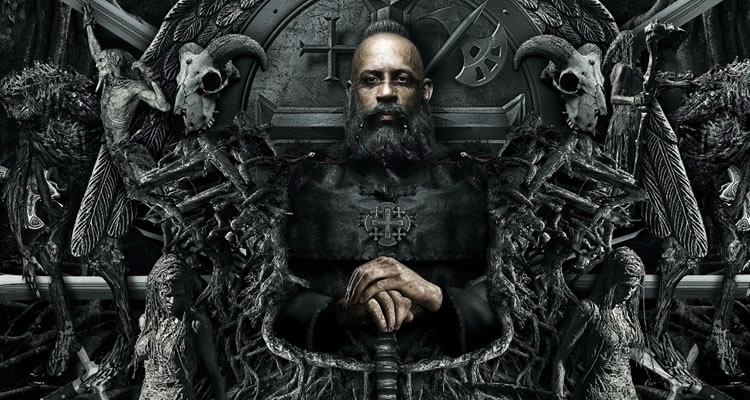 THE LAST WITCH HUNTER (USA/12A/106mins)
Directed by Breck Eisner. Starring Vin Diesel, Rose Leslie, Michael Caine, Elijah Wood.
THE PLOT: 100 years after he killed the Witch Queen (Julie Engelbrecht) and was cursed with immortality, Kaulder (Vin Diesel) is the only man who stands between our world and the darkness that witches want to bring down on humanity. With the help of his loyal Dolan (Michael Caine) and a rogue witch named Chloe (Rose Leslie), who is desperate to survive Kaulder must fight to stop the Witch Queen returning, and save the human race from extinction.
THE VERDICT: Despite the fact that the synopsis for ‘The Last Witch Hunter’ seems complicated and long, the film is actually rather simple and rather familiar. That said, this doesn’t mean the film isn’t a decent amount of rather silly fun.
Vin Diesel plays the intimidating Kaulder, first as a man with a long beard and a Peaky Blinders style haircut, then as the brooding, bald Diesel we know, only with several more smiles. Rose Leslie has ditched the Yorkshire drawl she sported in ‘Game of Thrones’, and plays a kindly witch with a will to survive. You know the type; plucky and whatnot. Michael Caine turns up as a watered down version of Alfred from ‘The Dark Knight Trilogy’, and Elijah Wood plays a subservient Dolan – the 37th one, to be precise – with a dark agenda. All do fine in their roles, but there are few surprises in ‘The Last Witch Hunter’.
Screenwriters Cory Goodman, Matt Sazama and Burk Sharpless may have written the screenplay some time ago – it appeared on the 2010 Blacklist of Most Liked Scripts in Hollywood – but there are definite comparisons to be made here between this and Seventh Son, which was released in Irish cinemas earlier this year. There are some fun moments in the film, but this does not mean that the screenplay feels oddly reminiscent of films we have seen before where odd couples team up to save the world.
As director, Breck Eisner has managed to make a familiar script a lot of loud, dumb fun. There is a lot of charm to The Last Witch Hunter that has a lot to do with the performances, and little to do with the script. The film is well paced and shot – for the most part – and the chemistry between the actors is strong and warm. There are times, however, when the action scenes dissolve into darkness and jumbled CGI.
In all, ‘The Last Witch Hunter’ is a surprising amount of fun, but we have seen films of this ilk before; odd couples coming together to save the world, and the world duly being saved.
RATING: 3/5
Review by Brogen Hayes