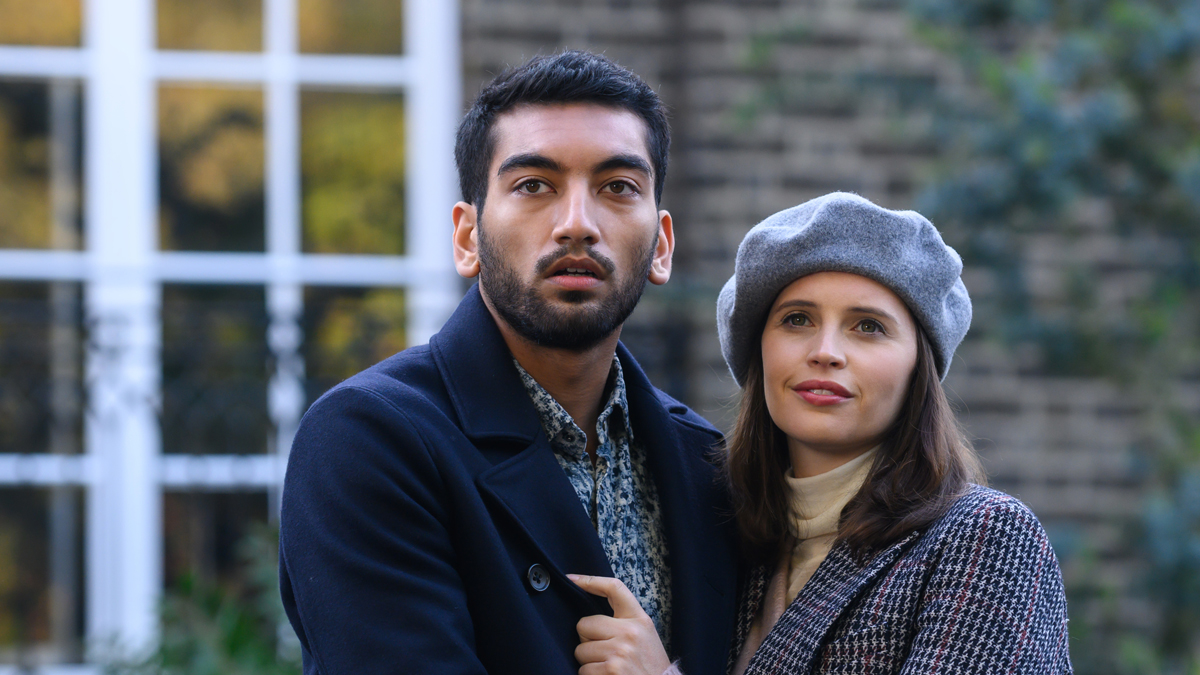 The Last Letter From Your Lover

The Plot: London, 1965. Jennifer (Shailene Woodley) is living with her husband Lawrence (Joe Alwyn). She has suffered temporary memory loss following a car crash. She discovers a love letter secreted away inside a book. It’s not from the stiff Lawrence and is written passionately by a different man. A man she once knew – Anthony (Callum Turner), whom she met while on holidays abroad. The letters stir up old memories. Meanwhile, in the present day features writer Ellie (Felicity Jones) tracks down these letters and pieces together Jennifer’s story that came to define her past, present and future…

The Verdict: In the end credits for swooning romance ‘The Last Letter From Your Lover’, there’s a song listed called Cherry Flavoured Stomach Ache. An unfortunate coincidence, as it’s also the likely effect of the film after having seen (endured?) it. It’s one of the most saccharine and unconvincing romantic films to find its way onto a cinema screen since… well, the last Jojo Moyes adaptation Me Before You. Maybe Americans had the right idea in dropping it directly on to their Netflix instead. Moyes, a novelist who also executive produces here (never a good idea for a film – look what happened to Fifty Shades Of Grey), has that ability to conjure up the most cloying, sentimental romances that don’t quite ring true when all the tears and heartache are added up in the check and balances. Such is the case with the latest adaptation of her work, which spans two time periods and two stories.

The more interesting storyline is set in the 1960s, as housewife Jennifer is stuck in a loveless marriage with a dull husband (who we barely get to know, conveniently enough). She embarks on an illicit affair via love letters and warm embraces with flighty journalist Anthony. The passion is there, but not certainty or direction. They live in the moment, unsure of where their correspondence will take them next. The wraparound story is set in the present day as another journalist, Ellie, works with a picky archivist who loves rules and regulations to find out what happened to the doomed lovers and thereby attempt some healing of the past. Said archivist is single of course, sparking off a connection between the two that in no way resembles anything like Jennifer’s romance with Anthony. If anything, Ellie’s instant romance (just add water and some groan-inducing banter) pales in comparison, like the difference between Camembert and a standard block of cheddar.

It’s cheese that is very much at the forefront of this film and how much you can withstand it depends on your resilience for such manipulative storytelling. By the time an older version of a character appears (a dignified Ben Cross in one of his last roles), it’s not hard to see which way the wind is blowing. The wrong direction of course, with the kind of ending that is too contrived to be convincing given all that has been invested in the characters from the earlier storyline. It just doesn’t add up and does a disservice to the hard work of Shailene Woodley, a solid and under-appreciated actor who is the strongest asset here. She brings a vulnerable femininity and inner strength to Jennifer, rising above the more risible elements of the script. In contrast, Felicity Jones looks lost and flustered here, doing what she can with a character who only exists in footnotes (hard to pin down, doesn’t reply to texts, hates fussiness).

Second-time director Augustine Frizzell does at least make the film look lush and romantic, capturing the 1960s period detail well along with some eye-catching Spanish locations. With a photogenic young cast and a story that has emotional undercurrents that an audience can grab on to, it should work right? Unfortunately not. Joining the two very different storylines together creates a jarring effect, as they ultimately cancel each other out. Less of a case of a love story for the ages via handwritten letters and more of a case of a script that should have been marked return to sender.

In short: Return to sender