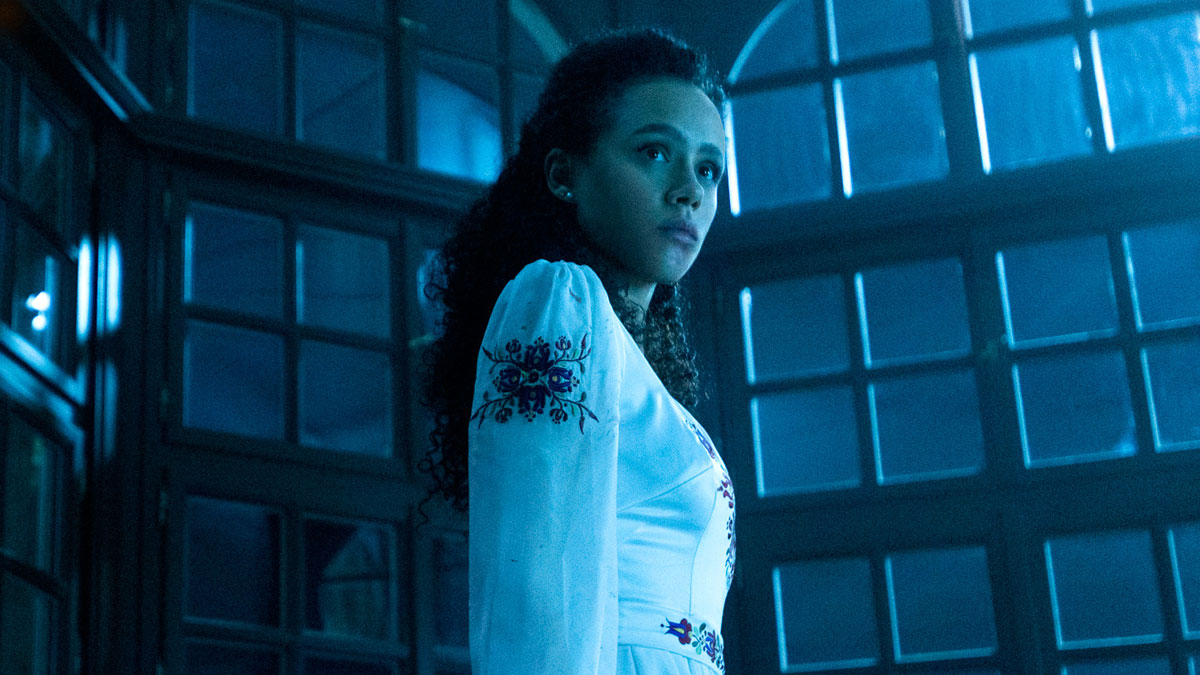 The Plot: New Yorker Evie (Nathalie Emmanuel) finds out that she an English cousin who wants to meet her. Oliver (Hugh Skinner) seems friendly enough on their first meeting in the city. He convinces her to come to England for a family wedding and discover more about her heritage at a country mansion. On arrival, she’s met by snooty butler Mr. Fields (Sean Pertwee) but soon falls under the spell of the man of the house, Walter (Thomas Doherty). The family lavish attention on her, but then things go bump in the night and all is not what it seems. This genteel English family have plans for their new guest…

The Verdict: Ah, Screen Gems.  Infrequently, they produce a halfway decent thriller like The Intruder which saw Dennis Quaid chewing the scenery with gusto. They’re currently on our shores shooting The Pope’s Exorcist with Russell Crowe, but for now Screen Gems have invited audiences to a date with death in The Invitation. It’s a slow-burn creature feature about never trusting strangers luring you to a fancy country mansion and then playing mind games with you. True to form, it’s another mediocre offering that barely rises above watchable nonsense.

The script by Blair Butler and director Jessica M. Thompson is rather sly and cloaked in mystery from the beginning and that at least deserves some credit. The lack of promotion for the film might work in its favour too, as it slowly teases the audience with references to the country mansion being called New Carfax Abbey. That creeping sense of unease sets in when our heroine Evie feels out of place among these well-to-do, possible ne’er-do-wells. There are jealous glances and backbiting among the women in the house regarding their new family member, while Evie becomes drawn to the dishy Walter. It’s over an hour before the story really kicks in… and then the film loses the plot and desperately tries to be Ready Or Not with fangs. It’s nowhere near in the same league as that recent horror hit, given that it plays out its cards and then burns them with one unintentional chuckle after another.

Whereas Ready Or Not had a sophisticated, devilish sense of humour, The Invitation doesn’t know what to do with its key premise. There’s a grain of an interesting idea here, but it’s executed in an unconvincing, offhand manner that never really bites. It stumbles off into the darkness, flailing about like a cheap fairground ghost train trying to come up with one genuine peek-a-boo scare. There’s a late plot development which pushes it further into laughable incredulity. It just doesn’t work. Nathalie Emmanuel makes for an OK lead, although the jury is out on her apparent turn into a scream queen. The dependable Sean Pertwee is wasted in a nothing role that only requires him to look politely menacing. The Invitation is very much what you’d expect it to be – an undemanding, wannabe horror that doesn’t push the envelope or rip it up. It’s a toothless terror with the only thing that it really kills being 105 minutes of your time. RSVP in the negative. 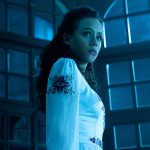