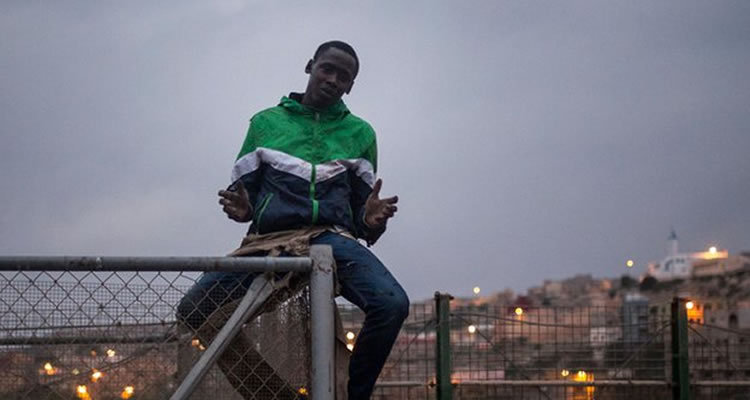 THE GREAT WALL (Ireland/IFI/74mins)
Directed by Tadhg O’Sullivan.
THE PLOT: This documentary charting the presence of fortification walls around the world – whether they’re there to keep people in or to keep people out – plays its cards close to the chest. A German voice flatly narrates as we see footage from all over the world, and from both sides of the fence. The fact that there is no discernible narrative arc leaves the viewer to make up their own ideas about the words and the images beaming out, from London towers of power to North African border controls. Suffice to say, there’s very little joy on display, with even the hint of escape – such as a large group of people scaling two layers of high fencing as agitated security guards wait to grab them on the other side – tinged with an inevitable sadness, an inevitable cruelty…
THE VERDICT: The fact that Tadhg O’Sullivan is not only a filmmaker and editor but a sound designer and sound recordist might give you some idea of the sensory approach to documentary film this Carlow native has taken here. Having previous worked as editor and sound designer with director Pat Collins on SILENCE, LIVING IN A CODED LAND and WHAT WE LEAVE IN OUR WAKE, O’Sullivan’s first film, YXIMALLOO (co-directed by Feargal Ward) won the Prix Premiere for best first feature at FiD Marseille in 2014.
More art installation than a Noam Chomsky lecture with pics, O’Sullivan takes Franz Kafka’s short story, ‘The Building Of The Great Wall Of China’, and runs with it. As that flat German voice delivers the riddles and rhymes those chilling visions of border control, of barb wife, surveillance cameras, darkened surveillance monitor rooms, night vision goggles, security guards with that Bond henchman distant stare – it all adds up to a fittingly unsettling experience. Which is what Kafka would have wanted, of course.
RATING: 3/5
Review by Paul Byrne

The Great Wall – Trailer from Tadhg O'Sullivan on Vimeo.