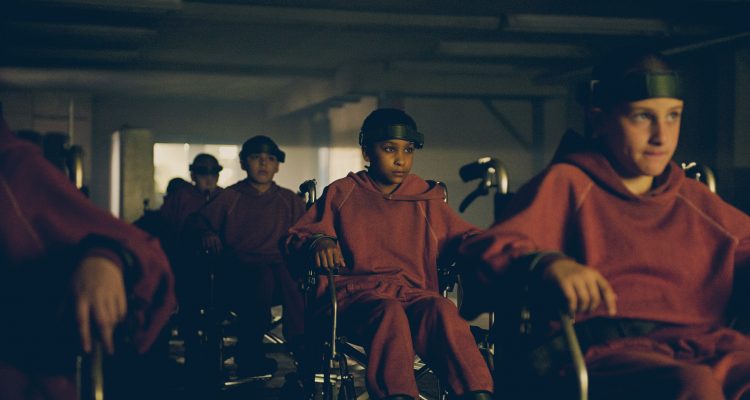 The Girl with all the Gifts

THE GIRL WITH ALL THE GIFTS (USA | UK/15A/111mins)
Directed by Colm McCarthy. Starring Gemma Arterton, Paddy Considine, Glenn Close, Sennia Nanua, Dominique Tipper
THE PLOT: In a dystopian future, Melanie (Sennia Nanua) knows no other life than being feared by adults, even as they teach her, and experiment with her. When the secure base she lives on is overrun by Hungries, she, her teacher Miss Justineau (Gemma Arterton), scientist Dr Caldwell (Glenn Close) and soldiers Sgt Parks (Paddy Considine) and Kieran (Fisayo Akinade) set out on a journey for survival, even as Melanie knows she is not like those around her.
THE VERDICT: Based on the novel of the same name by M.R. Carey, ‘The Girl With All The Gifts’ takes its name from Greek myth; specifically tale of Pandora who found hope at the bottom of the box of evil she released into the world.
The cast of ‘The Girl With All The Gifts’ is a strong one, and although it falls to young Sennia Nanua to carry the film, she does well in her dual role as the polite but curious Melanie, as well as fleshing out the darker side of the character. Gemma Arterton makes Miss Justineau caring but fearful, Glenn Close – as always – is a force to be reckoned with as the frighteningly businesslike Dr Caldwell, and Paddy Considine makes Sgt Parks a man with little time for sentimentality, a man with survival on the brain.
Written for the screen by author M.R. Carey, ‘The Girl With All The Gifts’ feels a little like the Saoirse Ronan film ‘How I Live Now’, crossed with zombie flick ‘Warm Bodies’. Although the mindless, flesh eating “zombies” in the film are referred to, rather cutely, as Hungries, and they are not the end point of the fungus that made them such, ‘The Girl With All The Gifts’ starts off as something fresh and different, and has moments of greatness throughout the film, but it still ends up in a familiar place, with our merry band of survivors facing a terrible choice.
‘The Girl With All The Gifts’ is the second feature length outing from director Colm McCarthy, although he is perhaps best known for his TV work, which includes ‘Sherlock’, ‘Peaky Blinders’ and ‘Doctor Who’. With ‘The Girl With All The Gifts’, McCarthy plays up the mystery element of the film incredibly well, but as soon as questions begin to be answered, the film runs out of steam. The performances are incredibly strong, but struggle under a running time that feels drawn out, making every scene feel overly long and familiar. As well as this, there is some product placement in the film that is jarring and, although it seems to be used to give the film the feel that this is our world, still ends up feeling very out of place.
In all, ‘The Girl With All The Gifts’ starts off well as a mystery flick, where children are suddenly to be feared and restrained. As the running time drags on however, the film runs out of energy and, although the performances are excellent, these are not enough to make up for a drawn out film that starts off somewhere new, but ends in a familiar place.
RATING: 3/5
Review by Brogen Hayes