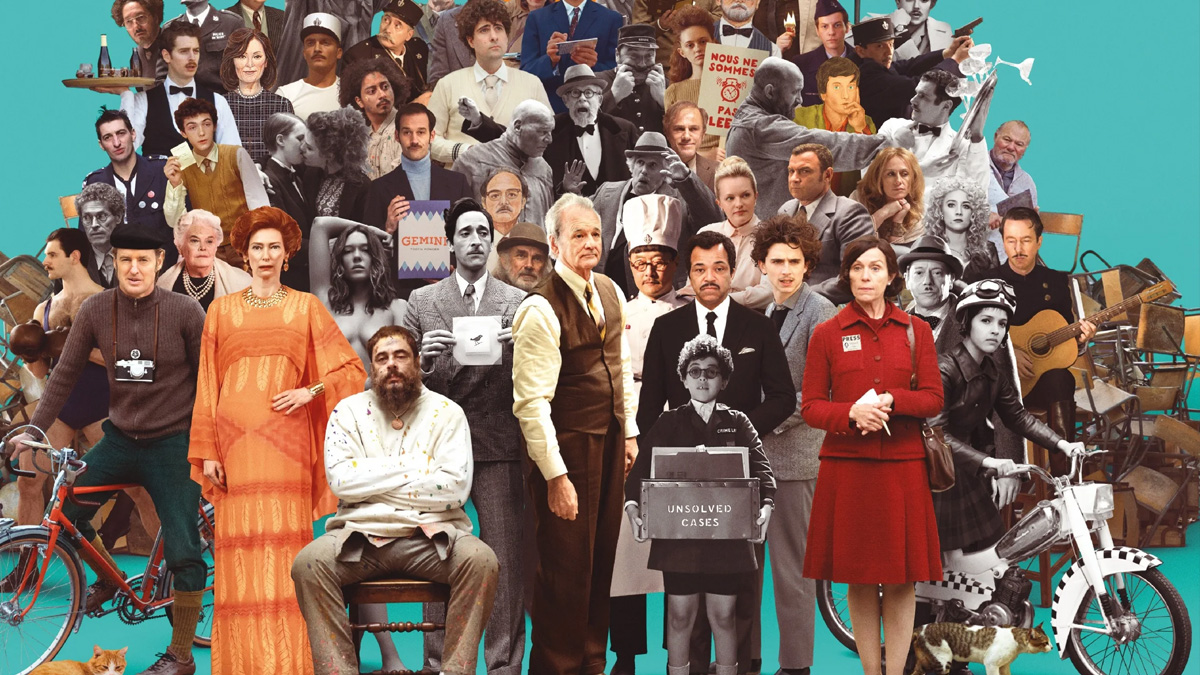 Movie Review
3
Worth A Read

The Verdict: Better late than never. A year after its original intended release date, The French Dispatch is the latest joint from Wes Anderson. It has his sticky fingers all over it and is unmistakably his from the get-go. The American auteur, now based in France, has served up another dose of his idiosyncratic style of filmmaking: quirky but accessible, light but meaningful, frequently funny but serious when it needs to be. It’s that Gallic influence that has come into play with his latest film, being as cool as the French New Wave and as artistic and stylish as the great directors that came before him like Jean-Luc Godard . It’s also a film that comes from a combination of two other elements: a film anthology of short stories and a tribute to the New Yorker magazine which became required reading in the early 20th Century.

Anderson has fashioned his own version of these three elements into a sprawling, multi-part film. There’s a wraparound story set in the editorial office where a droll Bill Murray does his thing as the editor, with four stories then related by their respective, individualistic writers. Each story is as wildly different as the other, with only Anderson’s directorial trademark and his growing repertory group of actors being the consistent components. By its nature, it’s very episodic in structure and he moves his camera through each scene and their respective stories like a series of slides flashed onto the cinema screen. He stages the scene and then lets his actors briefly run through it, giving it a theatrical quality but with a cinematic flair. It can be dazzling and frustrating by turns to keep up with. Anderson seems to make no apologies for that – speedreading is necessary for the occasional subtitles and look fast for the revolving door of familiar faces (arguably the best cast of the year though).

This is not cosy, entry-level Anderson though and might just be too detailed to take in on one viewing. Newcomers to his work might want to check out Rushmore or The Grand Budapest Hotel before immersing themselves in 108 minutes of his wiry brain waves translated into print form, which are then converted into his unique, handmade-style filmmaking. It’s undoubtedly gorgeous to look at, as it moves between colour and black and white, different aspect ratios and fabulous production design and costumes (surely an Oscar nomination is due). Towards the end, it even converts to animation – why not? Maybe he should try a feature-length traditional animation at some point, having already done stop-motion animation films. It’s certainly entertaining as Anderson rolls out one cinematic trick after another.

This has the unfortunate effect of coming across as hollow as a baguette with the bread scooped out, since none of the characters have time to create a bond with the audience. There’s a lot to take in and not all of it makes sense, moving too quickly at times to fully engage with it. The French Dispatch is not Anderson on autopilot (it would be hard to find that button in his colourful brain), but it’s also not Anderson firing on all cylinders either. It’s more on a par with The Life Aquatic With Steve Zissou. Even a mid-range effort from him is better than a lot of films out there right now, thereby making it worth a read. A new Anderson film is a cause for celebration and his directorial voice is a comforting reminder that cinema’s death at the hand of streaming platforms and a pandemic has been greatly exaggerated.

In short: Worth a read