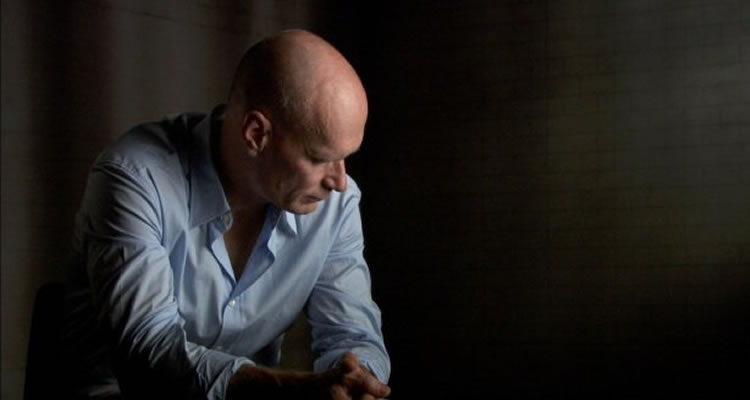 THE FEAR OF 13 (UK/TBC/96mins)
Directed by David Sington. Starring Nick Yarris.
THE PLOT: Convicted murderer Nick Yarris reflects ob his life, his time in prison, and the one flawed decision that led to him spending almost two decades on Death Row, and his reasons for asking, in August 2002, for his sentence to be carried out.
THE PLOT: ‘The Fear of 13’, so named for Triskaidekaphobia; one of the many words that the self educated Yarris taught himself in prison, is a strange sort of film in that it doesn’t immediately begin with the actual reason for the film. Instead, ‘The Fear of 13’ allows Yarris to tell his stories of being incarcerated at the age of 20, of not being allowed to talk for two years until two fearless inmates started singing one night, of falling in love, before actually getting to the reason the film exists; Nick Yarris maintained his innocence for the entire time he was on Death Row.
The film almost unfolds in reverse, with the interesting prison stories coming first, before the tale of the murder and rash decision that landed Yarris in jail, and finally the telling of an event that gives the audience an understanding of how Yarris’ life went so far off the rails. Yarris is an engaging and colourful storyteller, with sound and images being added to his tales – which have been independently verified – for added impact.
Director David Sington has a history of documentary filmmaking, and the story that he pulls out of ‘The Fear of 13’ is an engaging and fascinating one. The film struggles slightly under its attempt to tell the story in reverse, and although Yarris is an engaging storyteller with an incredible tale to tell – he was eventually acquitted of murder, thanks to DNA testing – this is a story we have heard before, not least in the case of Damien Echols of the West Memphis Three who was released from prison in 2011.
In all, ‘The Fear of 13’ is an inspiring story of a man who spent his life slowly trying to claw his way out of a hole he dug for himself. Nick Yarris is an interesting subject and an engaging storyteller, but there is the feeling – not to diminish what Yarris went through – that we have heard this story before, clever editing and all.
RATING: 3.5/5
Review by Brogen Hayes