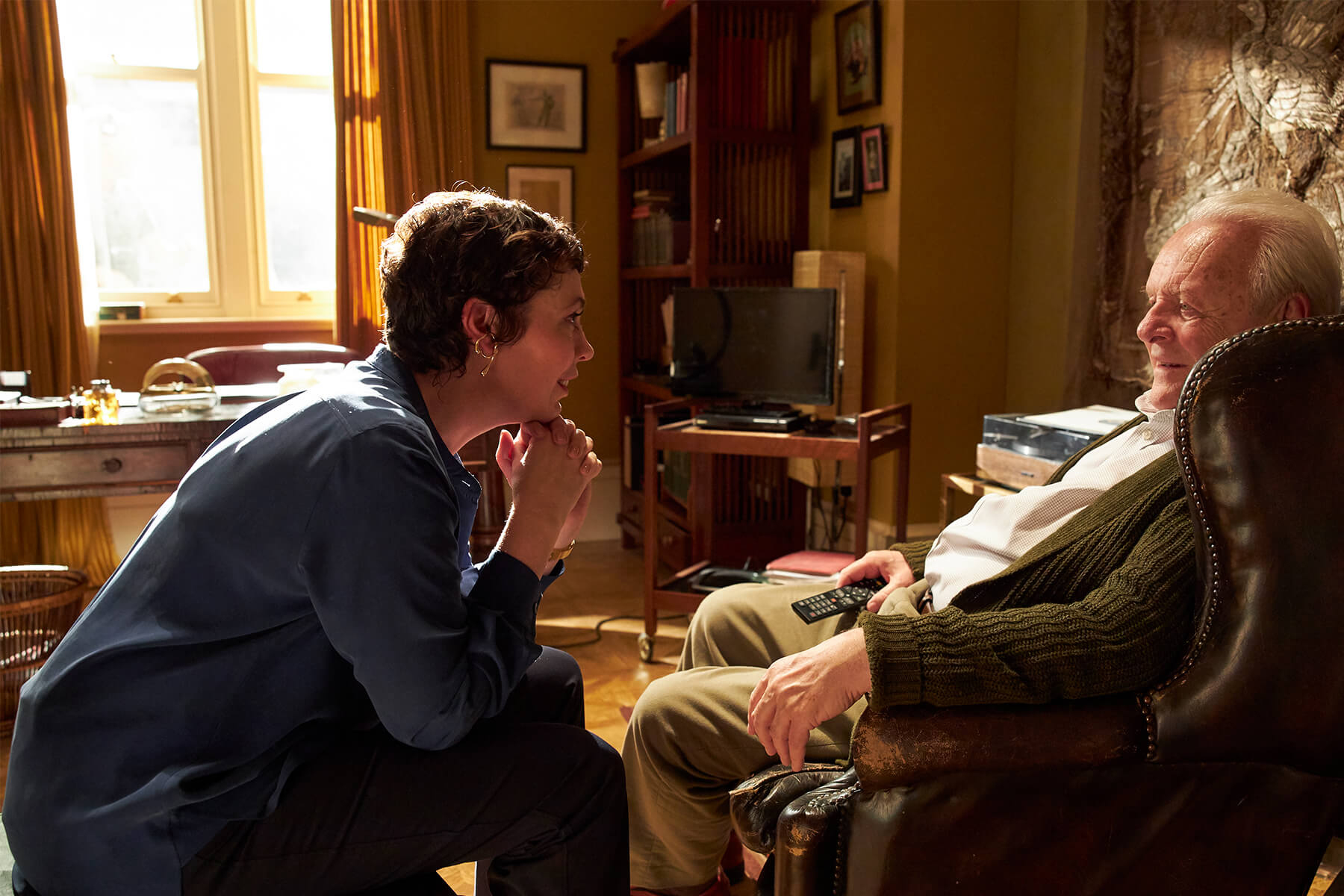 The Plot: Octogenarian Anthony (Anthony Hopkins) lives a comfortable life in his London flat. However, his concerned daughter Anne (Olivia Colman) has moved in with him temporarily. Due to his advancing years and suffering from dementia, his once sharp and active mind is gradually disintegrating. He doesn’t remember conversations he just had with her and sometimes doesn’t even recognise her or her partner Paul (Rufus Sewell). A succession of caretakers have found him difficult to care for, but there may be hope in the sprightly Laura (Imogen Poots). But with Anne due to move to France, she has a critical decision to make about her father’s future…

The Verdict: Shortly after this year’s admittedly unusual Academy Awards, Best Actor Oscar winner Anthony Hopkins posted a short video from a field in his native Wales. He appeared genuinely surprised and humble to a fault, thanking the Academy for their recognition. The smart money was on the late Chadwick Boseman and with all due to respect to his firecracker performance in Ma Rainey’s Black Bottom, the little golden guy didn’t really belong to him. Now that audiences finally have the chance to see The Father, it will become apparent just why the Academy skewed towards Hopkins. It’s not just another role for Hopkins to sink his teeth into. At 83 it feels like a summation of his already distinguished career, drawing together everything that makes him such a fine actor. His intellect, humour, commanding presence and ability to create empathy with an audience. The Father particularly leans into the latter.

Adapted by Florian Zeller and Christopher Hampton from Zeller’s stage play, The Father is a portrait of a man in his twilight years who is losing his mind and the memories he holds so dear, one day and one piece at a time. He claims to have a memory like an elephant, but he frequently forgets where he put his watch. His memory is more like a sieve, causing frustration for his daughter Anne. He says he doesn’t need anyone with conviction and won’t leave his flat, but he is unable to look after himself. ‘Who exactly am I?’ he says at one point, as the harsh reality dawns on him that he doesn’t know what to do or believe in anymore. Anne must move on with her life and find a solution, as she deals with his angry put-downs and heart-breaking memory loss due to dementia. Anthony faces an uncertain future.

Hopkins was the only actor that Zeller considered for the role and patiently waited for him to say yes. When a first-time director can get an actor of Hopkins’ calibre to sign on the dotted line, that’s a sign of confidence in the material. It’s more than just that though. The role of Anthony is a soul-baring part, requiring the actor to show strength and then a quick 180 degrees to shattering vulnerability – often in the same scene. What Hopkins does here is nothing less than remarkable. He gets across the impression of a man who was once very alert and active, forthright and determined. He’s not that man anymore. He’s confused and unsure of his reality, locked into his own warped version of it. Zeller moves his camera in close to Hopkins face and without saying anything, all that mental trauma is etched on his troubled brow. This is when the actor disappears and is simply the character. Hopkins is a master of that and it’s fascinating to watch.

It’s very much an actor’s film of course. Zeller’s direction is unfussy and straightforward, not attempting to dilute the theatricality of the story’s origins for the cinema. While that can sometimes be a problem for a film (e.g. Fences), here it works out fine due to the unshowy performances, considered tone and gentle pacing. Mention must also go to Olivia Colman, who is given a lot of emotional heavy lifting to do and bears it well over the course of the film. In lesser hands, this would be TV movie of the week material but it tackles the difficulty of dementia hands on and is elevated through the performances. The Father is a modest film but is all the better for it. It’s quietly devastating throughout and has a resonance that will linger for days afterwards.