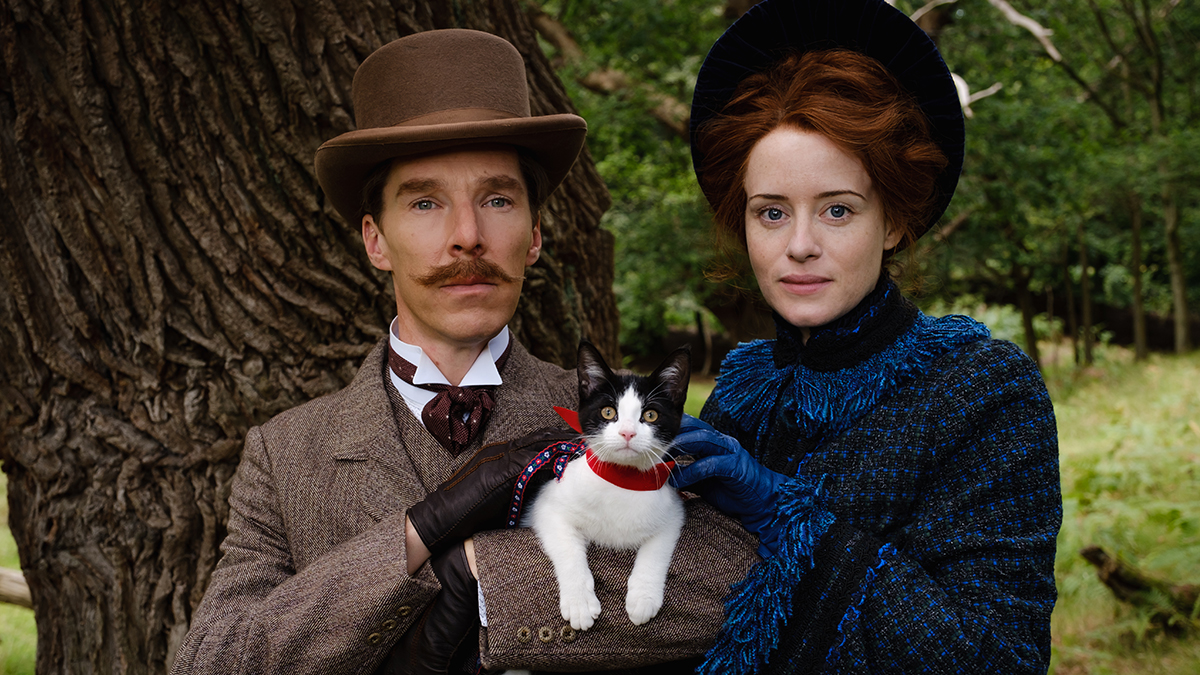 The Plot: London, 1881. Inventor and eccentric painter Louis Wain (Benedict Cumberbatch) is a bachelor. He has ascended to the head of the household where he lives with his numerous sisters including the fragile Caroline (Andrea Riseborough). A job he is not fit for, as he lives very much in his pre-occupied mind. He takes a liking to Emily (Claire Foy), the governess who has taken up residence in the house. An unconventional romance blossoms, prompting Louis to embrace his inner cat and study the felines. His surreal paintings of cats engaging in everyday life become a hit with the public, but his mental state is running out of its nine lives…

The Verdict: If David Lynch had gotten his hands on the script for The Electrical Life Of Louis Wain, it might have turned out a very different beast. One can only imagine what he would have made of this story of a mild-mannered Victorian Englishman living with a gaggle of women and obsessing over the surreal lives of prowling cats. Maybe just as well that he did not, as otherwise the film might not be the accessible delight that it is in the directorial hands of the capable Will Sharpe. It is very much a portrait of a quiet man living through societal change but remaining constant in his interests. The title is not a reference to Benedict Cumberbatch’s earlier role as Thomas Edison in The Current War, but a more ethereal concept of what Wain regarded as the electricity that is found in life, the environment and the animals who worship us (or is that the other way around?).

Sharpe’s co-written script with Simon Stephenson leans towards the whimsical, flitting through some 44 years in the life of its real subject. Wain was no J.M.W. Turner or John Constable, but his artistic drawings and paintings of cats garnered attention and fame while apparently bringing Victorian cat lovers out of the alley and into the mainstream. Sharpe plays it straight, gently tugging at the heartstrings in portraying the growing relationship between Louis and his wife-to-be Emily. Neither of them conform to the expectations of Victorian society, with Sharpe keen to emphasise the curtain-twitching nature of that time. The beating heart of the film is the close relationship between Louis and Emily, beautifully portrayed by Cumberbatch and Claire Foy. Their characters are two mavericks who care little for what high society thinks, as Louis moves out and dwells on his feline friends as subjects worthy of painting.

Halfway through the film, the story takes an unexpected turn. Recapturing the sparky electricity on display is potentially problematic and could have upset the delicate narrative balance. However, there is a definite purpose to the second half as it moves through the decades and the old-age make-up comes into play. It is to Sharpe’s credit that he is able to recover the narrative and move forward confidently to a touching and satisfying conclusion. He is aided in no small part by Cumberbatch, who is having quite the year already after The Mauritanian, The Courier and The Power Of The Dog. It is one of Cumberbatch’s best performances, essaying just the right amount of eccentricity and humanity packaged neatly into this most singular of tortured artists as his mind gradually slips away. It’s a beautiful film to look at too, even within the restrictions of the boxy Academy ratio. Pause some frames and you have a shimmering cinematic painting right there, a la Ridley Scott’s The Duellists.

While the cats are cute too and there are cameos from familiar faces, there’s a genuine emotion running through the film which resonates beyond its subject matter. Electrifying in its mannered delivery in more ways than one, there’s much to enjoy here in this quirky tale of a man who captured the public’s imagination long before online cat videos became the trending norm.

Directed by Will Sharpe.