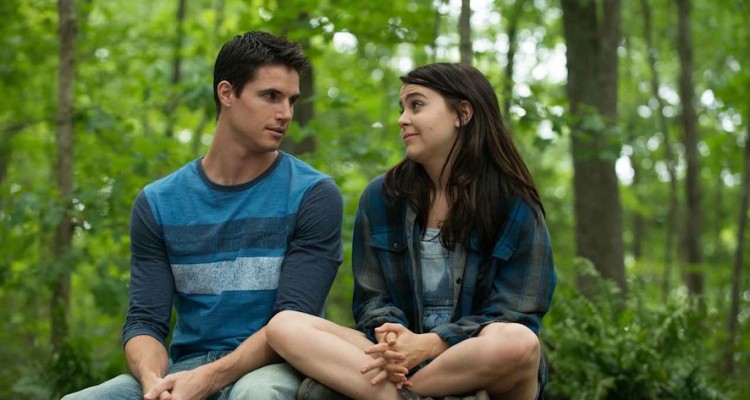 THE PLOT: After she discovers the concept of the DUFF – Designated Ugly Fat Friend – Bianca (Mae Whitman) believes that she is the DUFF of her social circle. Out to change people’s perception of her, Bianca joins forces with Wesley (Robbie Amell), her popular next-door neighbour to learn how she can shake off the label.

THE VERDICT: The DUFF sets out to join the ranks of great teen comedies – even going so far as to reference The Breakfast Club in the opening minutes – but following in the footsteps of EASY A, MEAN GIRLS and 10 THINGS I HATE ABOUT YOU leaves THE DUFF at a slight disadvantage, even though it is a charming film.

Mae Whitman, with her performance in THE DUFF, proves that she is leading lady material, making Bianca not only likeable, but relatable and funny. Whitman has great comedic timing and happily throws herself into the character. Robbie Amell has nice chemistry with Whitman, and although he is playing a familiar character, he does it well. Bella Throne takes on the mean girl role of Madison, but doesn’t quite make her mean enough for the film to work, in actual fact, most of the dirty work is done by Madison’s weaker friend. The rest of the cast is made up of Ken Jeong, Romany Malco and Allison Janney.

The story is loosely based on Kody Keplinger’s novel of the same name, but deviates from the book after the opening act. Instead, the film follows a similar story arc to EASY A, but never reaches the highs and lows of Will Gluck’s film. Following such a familiar and beloved film’s arc takes some of the shine off THE DUFF, as does pairing Bianca with Wesley; the two are teen enemies, but were friends as children, so it is easy to see that the enmity will drop, and where the film will end up. That said, the dialogue is amusing, and there is enough charm in the film to keep it engaging.

Ari Sandel directs well, drawing a strong performance from Mae Whitman, but none of the other cast members seem to be up to her level; perhaps they are underwritten, but the mean girl is never that mean, the quirky mom is only given one schtick and the jock friend is never really that much of a jock. The film is well paced, however, and even though the central concept falls away somewhere in the middle of the film, Sandel wisely focuses on Whitman to keep the film moving.

In all, THE DUFF is not quite up there with the classic teen comedies, but there are plenty of giggles to be had, some nice references to John Hughes and BLACKADDER, and Mae Whitman proves that she is more than capable of carrying a film as a lead actress. It’s just a shame that THE DUFF so closely follows the arc of EASY A, which makes it hard to shake off the feeling that we have seen this before.