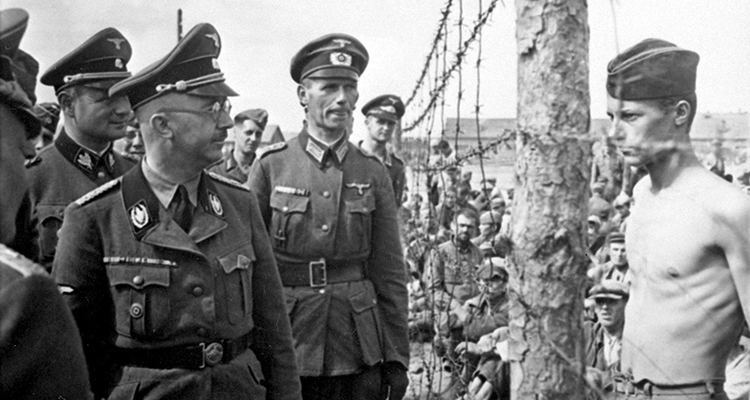 The Decent One (Austria | Israel/IFI/94mins)
Directed by Vanessa Lapa.

THE PLOT: Based on letters and documents found in Nazi Party member Heinrich Himmler’s home, The Decent One shows the private side of one of the most powerful men in Nazi Germany.

THE VERDICT: THE DECENT ONE is an interesting concept for a film, and one that has the ability to show the personal life of a powerful and dangerous man, at one of the most violent periods of recent history. Director Vanessa Lapa dramatises readings from Himmler’s letters and journals, and those of his family and the people around him. What emerges is a man filled with hatred and racism, who seems to genuinely believe that his actions are just and moral. The letters from Himmler’s daughter Gudrun are perhaps as disturbing as those of her father, as she seems indoctrinated into the views of the Nazi Party from a young age, perhaps due to her worship of her father.

Lapa sets the dramatised readings against clips and footage from World War II, which is seemingly intended to give power and weight to the proceedings on screen, but rather muddies the tone of the film. As well as this, adding sound effects and music to silent footage makes the film feel preachy and heavy handed, and distracts from the letters being read on screen. As well as this, while the film gives an insight into the life of Himmler and his family – and while it is interesting to begin with – the novelty of hearing a familiar story through the eyes of one of its perpetrators soon wears off, as the letters, and film, become bogged down in trivialities and fruit cakes.

In all, THE DECENT ONE is a portrait of Himmler through his own eyes. There are times when the film is engrossing and rewarding, but the novelty soon wears off as the letters and journals become humdrum and trivial. Himmler’s racism and hatred are often shocking, but set against stock footage with imposed music, the tone and message of the film become muddied and vague.