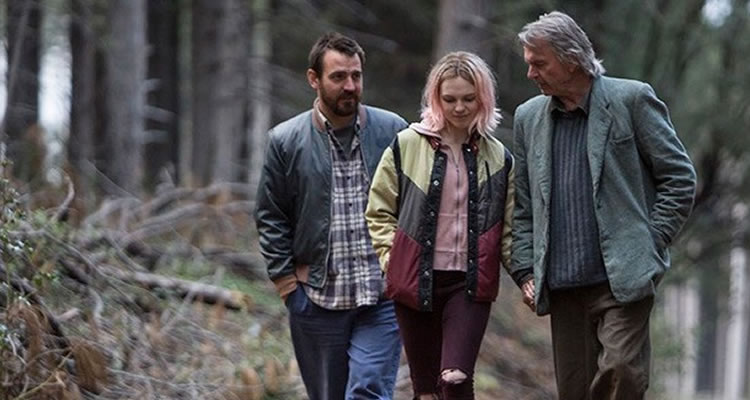 THE DAUGHTER (Australia/15A/94mins)
Directed by Simon Stone. Starring Sam Neill, Geoffrey Rush, Anna Tov, Miranda Otto, Paul Schneider, Odessa Young, Ewen Leslie.
THE PLOT: It’s New South Wales, and local mill owner Henry (Rush) is letting his staff know that he’s shutting up shop. It’s more bad news for an already-depressed little town, but not quite enough to stop Henry getting hitched to his glamorous young housekeeper, Anna (Torv). Even if the family dynamic all around them is a tad complicated.
Returning son Christian (Schneider) is happy for his father, and very happy to meet up again with his childhood friend, Oliver (Leslie). Oliver is now married to Henry’s former housekeeper, Charlotte (Otto), and they have a teenage daughter, Hedvig (Young). Oh, and also living with them is Oliver’s father, Walter (Neill), a former business partner of Henry’s.
Got all that? Well, brace yourself for some betrayals. And dark family secrets…
THE VERDICT: This pretty-much-star-studded adaptation of Ibsen’s The Wild Duck is directed by Syndney theatre fave Simon Stone, The Daughter marking his debut as a writer/director. Unfortunately, despite the pedigree on both sides of the camera, there’s a distinct air of the first-timer about this admirable but muddled film.
Having already adapted Ibsen’s play for the stage back in 2011 – the production travelling from Sydney to Oslo, Vienna and London – Stone clearly knows his source material here. And he knows that having actors like Sam Neill and Geoffrey Rush up front, there’s going to be at least two people who very much know what they’re doing when the cameras roll.
And, for the most part, ‘The Daughter’ works perfectly well, with not only Neill and Rush delivering believable, engaging performances but the likes of Schneider, Leslie, Torv and Otto all do exactly what it says on the 132-year-old paper. Ultimately though, ‘The Daughter’ is one of those films that’s never quite the sum of its parts.
RATING: 3/5
Review by Paul Byrne