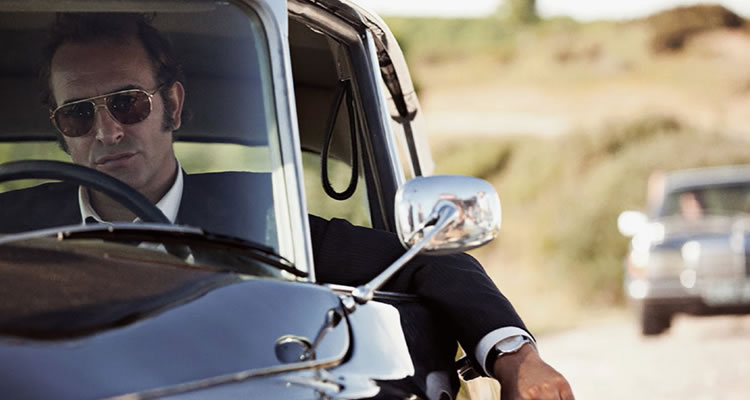 THE CONNECTION (France/Belgium/15A/135mins)
Directed by Cedric Jimenez. Starring Jean Dujardin, Gilles Lellouche, Celine Sallette, Melanie Doutey, Benoit Magimel, Guillaume Gouix.
THE PLOT: Marseilles, 1975, and juvenile-court magistrate Pierre Michel (Dujardin) is being promoted to heading up organised crime investigations. And top of his list, given his experience with young heroin addicts, is apparently untouchable druglord Gaetano Zampa (Lellouche). Progress is slow though, and when a close friend dies of an overdose, Michel decides that it’s time to break a few rules too in order to get his man. Just who is working for whom becomes an issue though as Michel gets closer and closer, the cloud of corruption inside the force being just as much a hindrance as Zampa’s well-oiled elusiveness.
THE VERDICT: Taking place a few years after New York cop Popeye Doyle (Gene Hackman) broke a few rules, and bones, in THE FRENCH CONNECTION double-bill, Jimenez’s beautifully-constructed true-life tale covers another chapter in this decades-long, cross-Atlantic drug-smuggling saga. Jimenez grew up in Marseilles with Michel as a local legend, and his deep-rooted childhood fascination with Michel comes across here, the personal connection seemingly sparking new life into this very familiar genre. It’s a very fair cops and robbers, Guv.
RATING: 4/5
Review by Paul Byrne