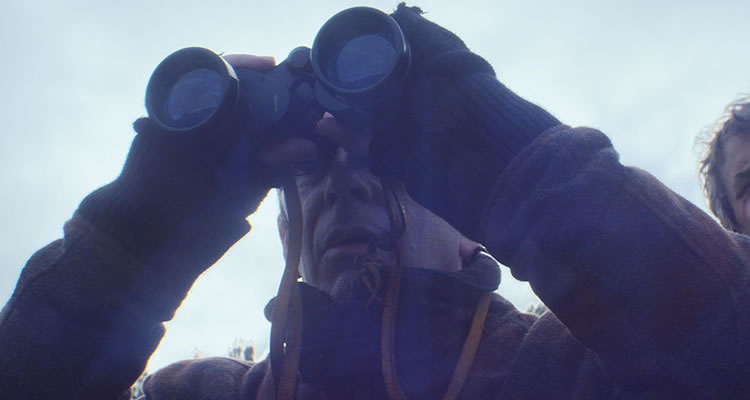 THE CLUB (Chile/TBC/98mins)
Directed by Pablo Larraín. Starring Alfredo Castro, Roberto Farías, Antonia Zegers, Marcelo Alonso, Jaime Vadell.
THE PLOT: In a small Chilean seaside town, four men and a woman live together in a secluded house. The men race their pet greyhound and the woman tends to their needs. When a newcomer arrives it is revealed that all the members of the house are disgraced members of the Catholic Church, hidden away from public view, but the presence – and sudden absence – of the new priest in the house shines a spotlight on the occupants of the house, one that threatens their way of life.
THE VERDICT: ‘The Club’ is director Pablo Larraín’s forst feature film since 2012’s ‘No’, and once again the director shines a light on an uncomfortable part of Chile’s history and present. The Club is far less straightforward that the director’s previous films, and the message about the Catholic Church becomes tangled in with troubled characters whose arcs are unsatisfying.
The cast that Larraín has assembled do their best with what they are give, with regular contributor Alfredo Castro standing out as a priest sent away because of allegations of child sexual abuse. Roberto Farías, Antonia Zegers, Marcelo Alonso, Jaime Vadell, Alejandro Goic, Alejandro Sieveking, josé Soza and Fransisco Reyes and the rest of the cast back Castro up incredibly well, lending depth and weight to this strange, isolated world, but they are all let down by a vague and often rambling story.
Pablo Larraín has created a film that tries to make a statement about the Catholic Church and their handling of scandals, keeping those guilty within the confines of the Church and hiding them away, rather than turning them over to the authorities. It is clear that Larraín is trying to show how unsatisfactory and damaging this is for the victims of these clergy, but the screenplay also attempts to show those damned by the story in a more sympathetic light, meaning these characters don’t always feel like they belong in the same world. As well as this, the final act and the resolution of the story are little more than ludicrous.
As director, Pablo Larraín has coaxed wonderful performances from his actors, be they playing characters in denial or those who have simply forgotten why they have ended up where they are. The trouble is that the film is drawn out and badly paced – after an explosive opening act – and the final act feels rushed and it undermines the rest of the film. As well as this, the cinematography of the film is strange; swinging from hauntingly beautiful to looking as though it was filmed on a Nokia phone from the early 2000s.
In all, ‘The Club’ is inspired by a story that is universal and terrifying in some respects, and certainly needed to be told, but the message gets lost in a cast of characters that don’t always feel like they are in the same film as one another. The idea behind the film and the performances are strong – if uneven – but the cinematography swings between beautiful and cheap, and the cast are let down by a story that feels unresolved and unsatisfying. Of course, since it seems the victims of these people didn’t get their closure, it could be that Larraín planned this all along.
RATING: 2/5
Review by Brogen Hayes