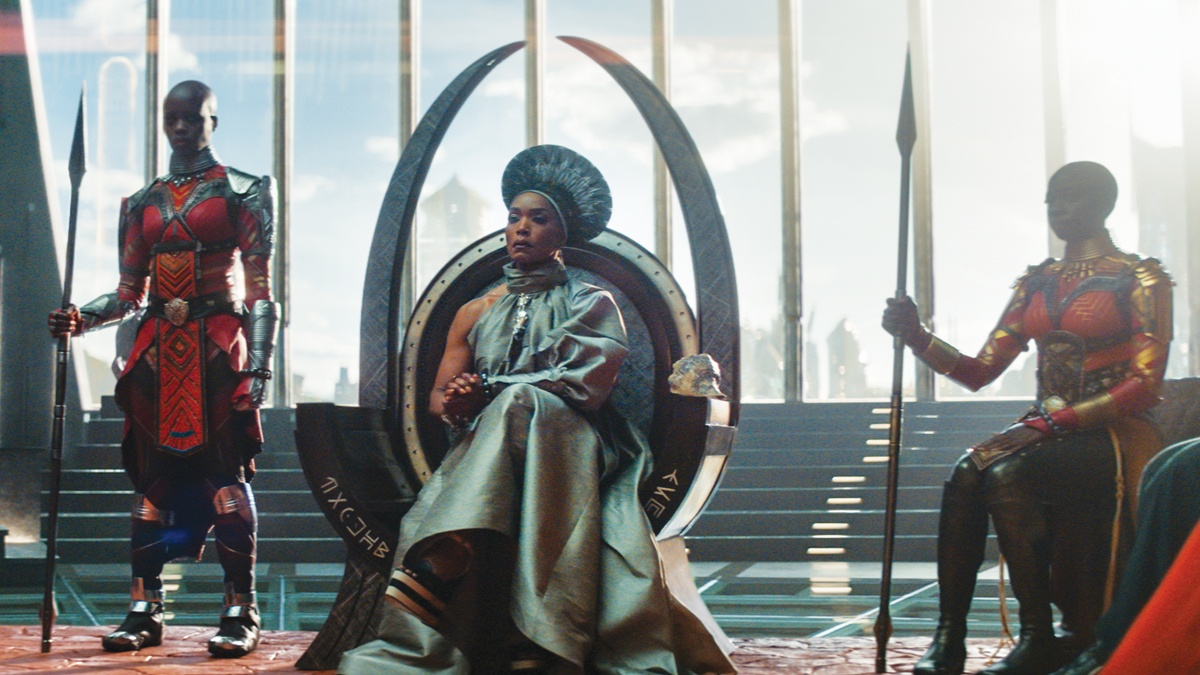 When ‘Black Panther’ was released in 2018, it was more than just another superhero movie; it was a cultural landmark. It was the first superhero film to revolve around a Black hero and put a Black nation front & centre. It introduced much-needed representation, giving millions of people heroes they could identify with.

A decision was made to carry on without Boseman, but the new sequel, ‘Black Panther: Wakanda Forever’, honours Boseman’s life by depicting Wakanda as a nation struggling to overcome the loss of its king. The cast, including Letitia Wright, Lupita Nyong’o, Tenoch Huerta Mejía & MCU president Kevin Feige joined us at a special press conference to discuss the sequel & Boseman’s legacy.

Emotions were high during the press conference, but the cast laughed about how little they could say about the film’s top-secret plot and the big question, who will take up the Black Panther mantle?

Kevin Feige told us the importance of continuing with Black Panther despite Boseman’s death.  “After the shock, the shock became, what do we do? What should we do? Should we do anything? It was determined that this amazing ensemble of characters and the world created needed to continue. Ryan was working for a year on a version of the movie with T’Challa in it, and he was pouring his experience from making the first movie into that. When we lost Chad, all of that was poured into this movie. He kept the celebration of Wakanda at the forefront, in addition to the grief.”

Letitia Wright who plays Shuri, T’Challa’s younger sister and a genius with skills to rival Tony Stark, tells us this time around we see a vastly different character, deeply affected by her brother’s death.  “When we meet Shuri in the first film; she is a ray of sunshine… She was the person her brother went to for protection; she made his armour. We follow on from that; what does that look like when your heart is broken? Ryan guided us on how we create a full arc of this young woman going through something hard alongside her family and fellow Wakandans. The way it was written, the delicacy, the gentleness of how we approached it, we always spoke and communicated every step of the way. And we were able to bring something that felt real, that felt truthful, and I was able to give my heart to it. Hopefully, people can resonate with that and find some healing alongside us.”

Lupita Nyong’o, who plays Nakia, T’Challa’s true love added that she wasn’t happy with the director when she first read the plans for her character. Although she couldn’t specify what happens to her in the film, she joked that she was jealous of how Wright could play Shuri with anger while she is much more reserved in her grief.  “I was so envious of Letitia because she gets to be chaotic. I felt raw and wanted to express it. Nakia is further along in terms of her processing grief. Ryan described her as T’Challa’s oasis. I was reading the script and thinking about where she is, and I realised what she was to T’Challa; she now could offer Shuri. I was frustrated at first, but playing Nakia was therapeutic for me. I had to look beyond my frustrations with losing Chadwick and learn from that wisdom Nakia possesses.”

According to Danai Gurira, who plays the warrior Okoye, honouring Boseman helped her through the filming process despite his loss.  “Chadwick loved to see us shine. We would ask for his advice about playing our characters, and he always gave us so much encouragement. Anchoring me was the goal of honouring him and the way he loved.”

The film ‘Black Panther: Wakanda Forever’ introduces a new civilization, the Tlālōcān, an ancient people who live under the sea. Tenoch Huerta Mejía plays Namor, their leader, who has a bone to pick with Wakanda.

Huerta says it wasn’t easy to play a villain against the much-loved Wakandans but says director Ryan Coogler created a complicated character whose reasons are valid, even if his actions are misguided.  “It is tricky when you have a character like this who wants to destroy something that many people, including myself, identify with. Ryan found a way to make Namor’s decision’s human. It doesn’t make them right, it is not an excuse for what he does, but it does make you understand.”

Huerta says that Namor and Shuri have a lot in common. “We have these two characters making different decisions with their grief and the threat, but they share the same wound. How they solve the problem is down to their personality and their history. That’s the beautiful balance in the movie; it has layers.”