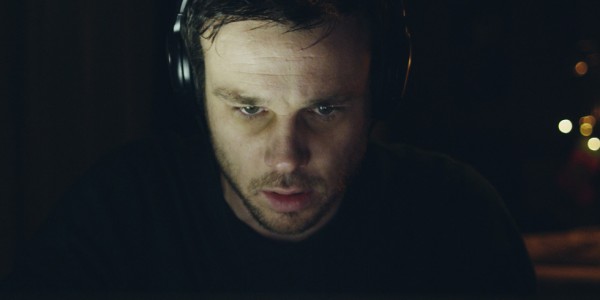 THE CANAL (Ireland/UK/16/93mins)
Directed by Ivan Kavanagh. Starring Rupert Evans, Antonia Campbell-Hughes, Hannah Hoekstra, Kelly Byrne, Steve Oram, Calum Heath.
THE PLOT: Film archivist David (Evans) is moving into a new house with his pregnant partner, Alice (Hoekstra), and isn’t entirely comfortable, it seems, with the new abode. Five years later, and their little kid, Billy (Heath), is talking about monsters hiding in the dark.
Back at The National Archive, and co-worker Claire (Campbell-Hughes) has some old police footage to check out. David sees their new home, in 1902, when a man murdered his wife. Add to that a growing suspicion that his hot wife is a major object of desire amongst her co-workers, and perhaps David’s growing paranoia is somewhat justified. But is it truly ancient?
THE VERDICT: Kavanagh’s baby has been getting the Dublin filmmaker all the right kind of attention, with rave reviews in the US leading to some decent box-office, and now some real, top-of-the-range Hollywood work. Not that the quiet workaholic is about to let Tinseltown blind him from his mission to make good work, having already proven himself a cut above the rest with The Tin Can Man (2007) and The Fading Light (2009).
Here, there’s no doubting Kavanagh’s skills, both as a writer and a director, THE CANAL swaggering with an air of majesty and menace that is such a rare treat in horror. If THE CANAL ultimately falls a little short of the Polanski, Kubrick and Lynch comparisons, it’s still a superior slice of psychological horror. And Kavanagh has a lot of fun tripping through the genre’s rich, red fields.
RATING: 4/5
Review by Paul Byrne