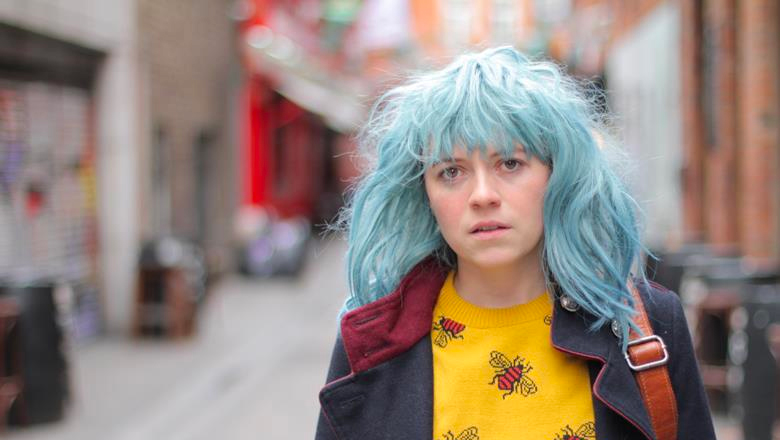 Movie Review
3
Plenty to smile about

The Plot: Stand-up comedian and actor Kate (Gemma-Leah Devereux) is going through the daily grind without much direction in her 35-year-old life. The only person she really connects with is brother James (Kevin McGahern). She’s had dark thoughts but hasn’t carried through on them. A routine medical appointment reveals a significant, life-changing development: Kate has breast cancer and will need chemotherapy to deal with it. In denial about what all this means for her future, she comes to terms with it through the support of four other women in a similar situation along with concerned pharmacist Andy (Tom Vaughan-Lawlor)…

The Verdict: Always look on the bright side of life… whistled Eric Idle cheerfully while his character faced certain death at the end of Monty Python’s Life Of Brian. Given the comedic inspiration, it’s not a cheery sentiment that the main character in The Bright Side would agree with. Kate is a stand-up comedian who cracks jokes about life in a Dublin pub, but her own life is a bit of a joke to begin with. Sarcastic and unsatisfied with the way her life has turned out, she’s not a barrel of laughs despite her appearance to the world. When she’s diagnosed with breast cancer, there’s a chance for a full re-evaluation of her life and what exactly living means to her. Or is there? While The Bright Side might appear like a life-affirming story of how a woman deals with a difficult diagnosis, there are darker undercurrents which never quite settle down.

Feature debut director Ruth Meehan’s co-written script with Jean Pasley is inspired by Anne Gildea’s memoir of her cancer diagnosis along with Meehan’s own personal experiences. That authorship gives the film an authentic female voice, while sensitively dealing with the fallout from what losing a breast and a full of head of hair to cancer means. Meehan focuses not so much on the physical loss, but on what the mental loss means for the character of Kate and her self-esteem. What works here is the very fine performance from Gemma-Leah Devereux, getting under the skin of an admittedly difficult character to pin down. Kate is not the most likeable of characters to begin with. She carries on regardless despite her diagnosis, even cracking jokes about her condition. She’s guilty of of self-loathing and a lack of respect for herself and others. This is not a cookie-cutter character ready for a big Gwyneth Paltrow-style cry at any moment. Beneath the cynical armour-plated exterior, she’s quite vulnerable.

Devereux has to work harder than she needs to onscreen, due to a deficiency in the script which holds back that big cathartic moment until late in the game. If one were to follow the normal movie playbook in these kinds of emotional dramas, Kate’s experience of breast cancer should gradually teach her some positive life lessons. This is in conjunction with the female bonding that happens when Kate’s support buddies stand by their woman. Even then, Kate is still hurling cruel insults at them. The character arc and progression here is not that clear, which can be frustrating as the audience waits for the penny to finally drop. Those darker undercurrents threaten to emerge at any moment and upset the balance, but Meehan shows a good eye for directing a performance. It’s to Devereux’s credit that she manages to keep the character in focus throughout, ably supported by a low-key Tom Vaughan-Lawlor espousing the gentle values of fly-fishing.

Dedicated to warrior women everywhere, The Bright Side is a decent, competently-made Irish film which rings true about the personal experiences of women when it comes to handling the Big C. While it doesn’t offer any surprises and is content to be what it is, there is plenty to smile about here which keeps it on the (b)right side of life. 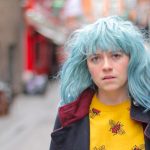 In short: Plenty to smile about

3
Plenty to smile about