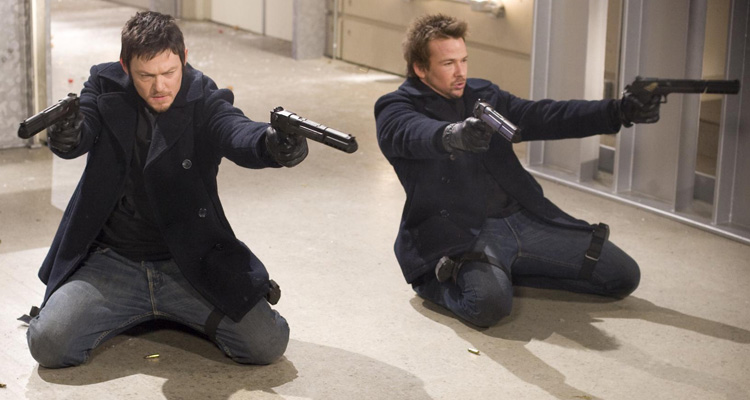 It has been announced, via Deadline, that IM Global Television has acquired rights to writer-director Troy Duffy’s 1999 cult movie ‘The Boondock Saints,’ with plans for a prequel TV series.

Duffy will direct the first episode of the series, which traces the origins of the vigilante brothers Connor and Murphy MacManus as Irish immigrants in South Boston.

According to Deadline, original stars Norman Reedus (‘The Walking Dead’) and Sean Patrick Flanery (‘Dexter’) are in early talks to come on board as co-executive producers. Duffy, Don Carmody, Lloyd Segan, and D. Matt Geller will executive produce.

“For years I’ve been obsessed with telling a real origin story with Boondock, and IM Global TV has stepped up,” said Duffy in a statement. “Television is the perfect medium to explore these controversial characters on a much deeper level and to bring Boondock Saints to a whole new audience.”

“Since its initial release more than 15 years ago, The Boondock Saints has become a true cultural phenomenon,” said IM Global TV president Stern. “Troy is a consummate storyteller with a compelling vision for a series; the minute we heard it, we were hooked.”