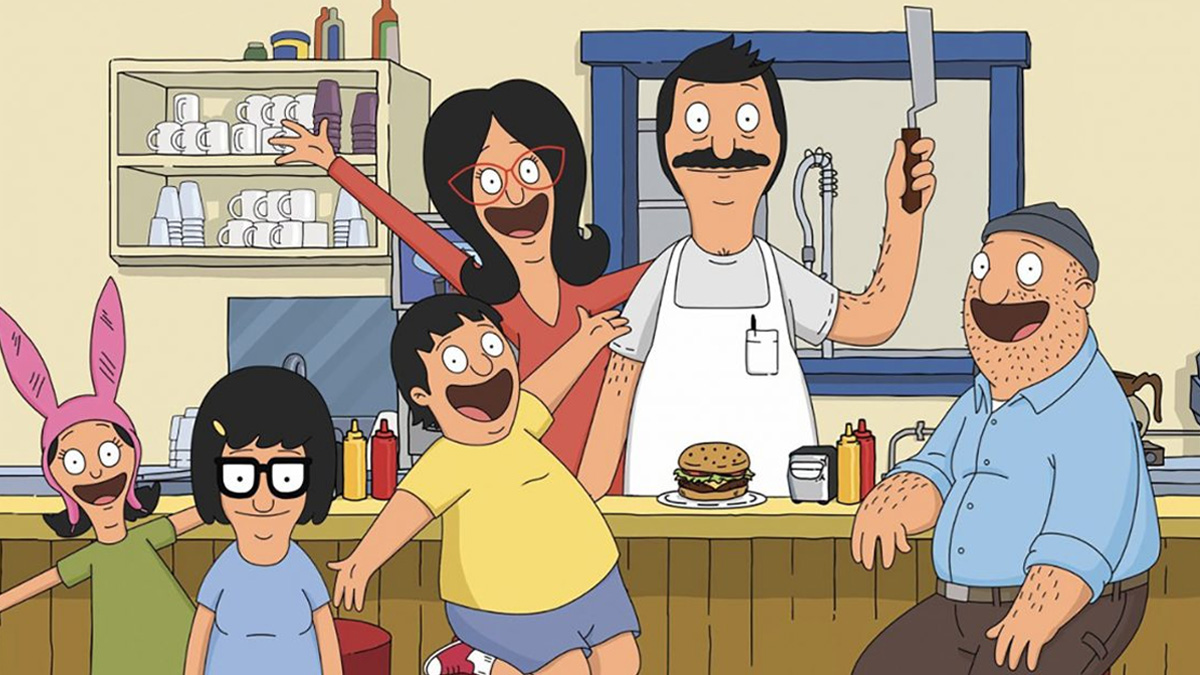 The Plot: Bob Belcher (H. Jon Benjamin) runs a seaside burger joint with his wife Linda (John Roberts). He just wants to keep his customers happy and keep his kids under some sort of control. With the bank at his heels, he needs a good summer to pay off his debts. That is, until a sinkhole appears outside his restaurant making entry for customers challenging. A skeleton also appears in the sinkhole, leading the kids to investigate bigwig brothers Calvin (Kevin Kline) and Felix (Zach Galifianakis), who have something fishy about them…

The Verdict: For the uninitiated, Bob’s Burgers is an American animated TV series that has been running for 11 years, 12 seasons and 238 episodes (and counting). It is hugely popular and has won various Emmy awards, so, much like The Simpsons before it, it was perhaps inevitable that it would eventually make the transition to the big screen with… wait for it… The Bob’s Burgers Movie. Instead of slim 22-minute instalments, there’s now a bumper 102 minutes to feast and chew upon. Rather than be a stitched-together compilation of various plotlines, there’s one continuous story revolving around a hectic summer to save Bob’s Burgers from potential closure. Not so much an expansion of the show but a chance to tell a more concentrated story within a feature-length timeframe.

From a narrative perspective, the script by Nora Smith with Loren Bouchard and Jim Dauterive is quite detailed – more so than one would normally expect from an animated movie. That might be because it skews more towards an adult audience even within the confines of its family-friendly rating. There are plenty of (mild) adult-oriented jokes, mixed in with various plot shenanigans involving outdoor burgers, sinkholes, a police investigation, a hairy encounter with the carnival community and hidden secrets within the bowels of the fairground where most of the action takes place. Bob has to keep his anarchic family together even as his world is starting to fall apart, so it’s a story with a big cartoon heart and just runs with it. It also has an even bigger mouth, with rapid rat-a-tat and often overlapping dialogue recalling the early days of screwball comedy like His Girl Friday (though not as refined as that comedy classic). It’s borderline exhausting keeping up with it at times, with some jokes flying so thick and fast that they don’t have time to land and make an impact.

It’s also oddly disconcerting but mildly amusing hearing actors not disguising the fact that they’re adults playing young children or different genders. It adds to the irreverence of the whole affair, which for what it’s worth mostly sticks the landing. Just about. The characters are likeable enough, a grab bag of heightened animated characters with attitude aplenty and always with a quip in their back pocket for any occasion. It’s the characters and voice-work which keep the story moving, with enthusiastic contributions from the familiar likes of Kevin Kline and Zach Galifianakis. The jokes and scenarios are frequently off-the-wall bizarre at times, but in a good way. This is the kind of film that has a flashback built into a vivid dream sequence. Now there’s something you don’t see every day, so The Bob’s Burgers Movie marks out its own territory in bouncy capital letters. In a sense, the film is the equivalent of quirky fast food (in more ways than one) that zips by into your eyes and ears while tuned into its own wavelength. Not a gourmet burger then but it will do the job in filling you up, entertaining you and making you laugh.