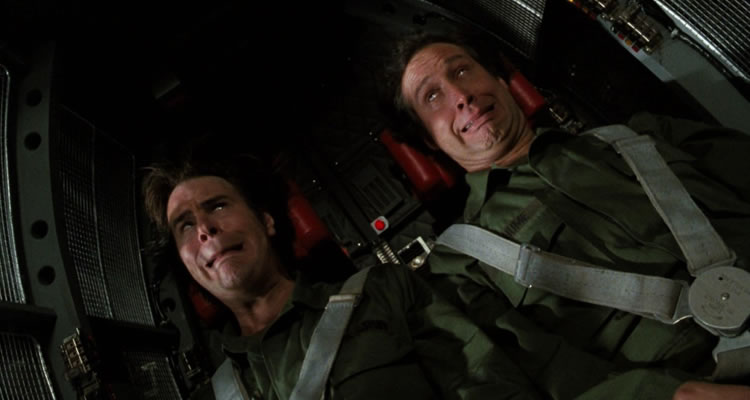 SPY is released in Irish cinemas this week, and stars Melissa McCarthy as a desk jockey at the CIA who finds herself unexpectedly thrust into the field when she agrees to infiltrate the world of a deadly arms dealer.
SPY is bound to be another hit for McCarthy, and with this in mind, Movies.ie takes a look back over some of the best spy comedy movies…

Before THE ARTIST, Jean Dujardin, Berenice Bejo and director Michel Hazanavicius teamed up to make the wildly funny OSS 117: CAIRO, NEST OF SPIES.
Dujardin stars as Hubert Bonisseur de La Bath, an OSS agent sent to investigate the disappearance of one of his colleagues, along with a Soviet cargo ship. The trouble is that de La Bath is not quite as subtle, charming and suave as he thinks he is, and stumbles into a plot involving French, the Soviets, the British, separate factions of Egyptians, a Belgian spy and a splinter group of the Nazis.
OSS 117: CAIRO, NEST OF SPIES is a send up of the Sean Connery era Bond films, and is a hilarious and loving pastiche of a period long gone by.

Another pastiche of WWII spy movies; TOP SECRET! stars Val Kilmer as Nick Rivers, a pop singer recruited by the Resistance to rescue a scientist from East Germany.
TOP SECRET! comes from the directors that brought us AIRPLANE! and showcases the same style of over the top parody humour. There is very little plot to TOP SECRET! – the film just goes from one comedic scene to the next – but the scenes are so funny and silly that it hardly matters. Peter Cushing’s cameo as the Swedish bookshop owner, a scene filmed entirely in reverse, is now an iconic scene and, although extremely odd, still gleefully irreverent and very funny.

Perhaps the most well known spy spoof of recent times, Austin Powers is a comedic creation of Mike Myers.
Frozen in the 1960s to outsmart his nemesis Dr Evil, Powers is reanimated in the 1990s, where his groovy swinging attitude is distinctly out of place. Determined to track Dr Evil down, Powers infiltrates the evil mastermind’s headquarters where he faces the dastardly and seductive Fembots.
AUSTIN POWERS: INTERNATIONAL MAN OF MYSTERY is another loving send up of the James Bond flicks, and sends up specific scenes from the films – rather than just the style of the films – including the henchman named Random Task (a parody of Oddjob from GOLDFINGER), Powers himself being modelled on Lazenby’s Bond and Dr Evil’s shark tank being a send up of Kananga’s shark tank in LIVE AND LET DIE.

CONFESSIONS OF A DANGEROUS MIND

Based on the memoirs of game show host Chuck Barris, CONFESSIONS OF A DANGEROUS MIND stars Sam Rockwell as Barris; game show host by day and spy by night.
This 2002 film was written by legendary screenwriter Charlie Kaufman, and directed by George Clooney in his debut behind the camera. The film is a mix of comedy and drama, as Barris tries to balance his life as a TV producer with his life as a secret agent. The CIA have categorically denied that Barris ever worked for them, but Clooney’s film is the perfect mix of danger and fun, and helped to launch Sam Rockwell’s career.

Directed by John Landis, and starring Chevy Chase and Dan Aykroyd, SPIES LIKE US focuses on two low level government employees who find themselves in the field during the Cold War. The two believe themselves to be bona fide spies, but there is a larger plot going on that neither of them are aware of.
One of the great spy comedies of the 1980s, and starring two icons of 80s comedy, SPIES LIKE US was inspired by the ROAD TO… movie series starring Bob Hope and Bing Crosby. The film may not have been well reviewed at the time of its release, but has become something of a cult classic in the past 30 years.

SPY is released in Irish cinemas on June 5th 2015