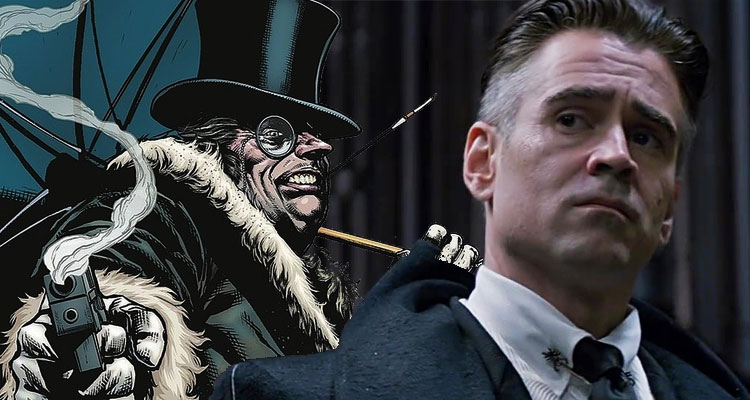 THE BATMAN Eyes Colin Farrell to Play The Penguin

Colin Farrell is reportedly in negotiations to play Oswald Cobblepot aka The Penguin in the Matt Reeves-directed ‘The Batman, with Andy Serkis (‘Venom 2,’ ‘Black Panther’) in talks to play Alfred Pennyworth.

Should deals be reached, they would be joining a cast that includes Robert Pattinson as the Caped Crusader, with Zoë Kravitz as Selina Kyle, a.k.a. Catwoman, Paul Dano as Edward Nashton, aka Riddler, and Jeffrey Wright as Commissioner Gordon.

Penned by Reeves and Mattson Tomlin, this new take on the Dark Knight is described as a character-driven noir tale with heavy focus on the skills that make Batman the world’s detective.

Burgess Meredith famously took on the role of The Penguin in the original 1960s series, with Danny DeVito stepping in for Tim Burton’s ‘Batman Returns.’ More recently, Robin Taylor played the “Gentleman of Crime” in ‘Gotham.’

‘The Batman’ is scheduled to hit cinemas June 2021.