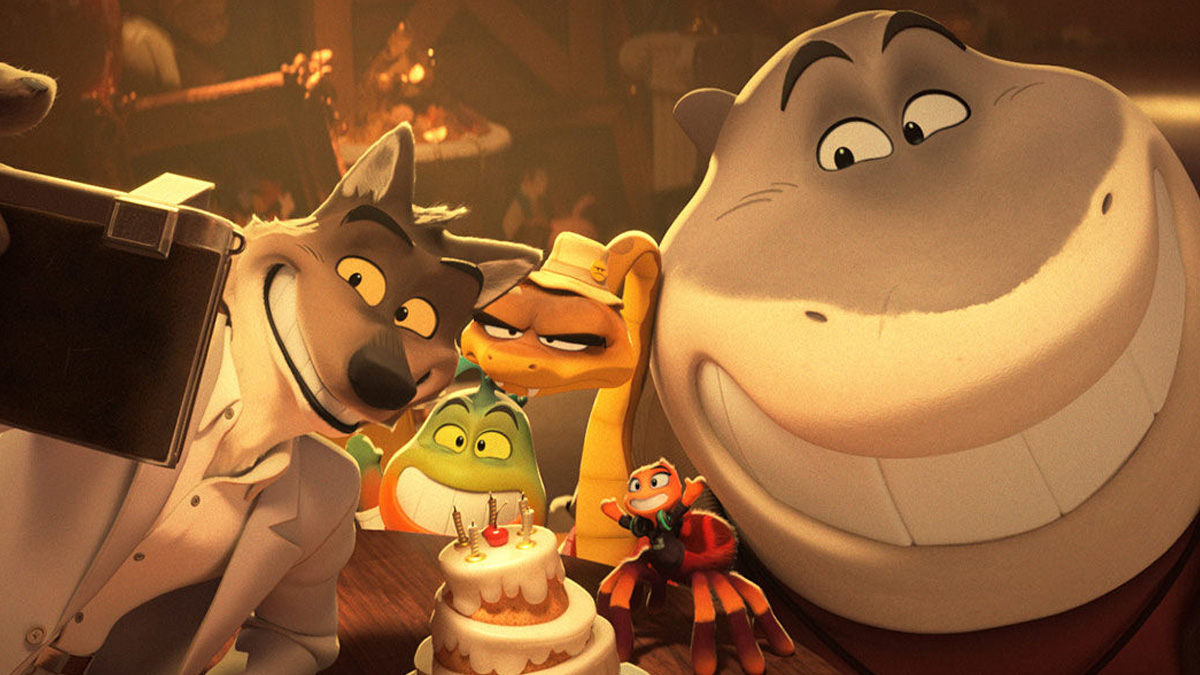 Based on based on a series of beloved books of the same name, this new comedy from Dreamworks animation features some reformed, yet misunderstood criminal animals, led by Sam Rockwell as Mr. Wolf, trying to do some good in the world. But as the title implies, they are very bad at it. We caught up with director Pierre Perifel to chat about the fun new animated comedy.

THE BAD GUYS is now showing in Irish cinemas

How did you get involved in the project? Were you a fan of the original book?
Damon Ross, the film’s producer, bought the rights to Aaron Blabey’s book on behalf of Dreamworks. I was developing a movie with Damon. We were meeting, and he had a book on his desk that intrigued me. The drawing on the cover is so good. I asked him if he was doing anything with it, and he had a script, and I asked if I could read it. As soon as I read the script and the book, I had to have something to do with it. I gave him a quick sketch of what I would do in terms of the characters. He liked it. We started talking about it and diving into the idea of making a heist genre film for families. I got involved slowly, but then the other movie we were working on went on hold, which gave me some free time to develop something for Bad Guys. I crafted a mini trailer in storyboards and developed some visuals and put up a whole presentation. The studio really liked it, and that’s how it started.

Aaron Blabey worked on the film, was it a collaboration with him, or did you want to put your stamp on it?
He is the executive producer. I regularly updated on what we were doing. I really wanted to make sure that he was on board with everything. I didn’t want to betray the material or betray him. I was very mindful that his brilliant mind created these characters, so I kept on updating him, but at the same time, I also wanted to make sure it was a movie experience. It was about expanding on the world he had done both visually and then in terms of a little bit of story. The film starts a little bit before the first book, where it starts to explain the process that led Wolf to become a good guy. Aaron was so incredibly supportive of everything we were trying to do. He is a brilliant writer and somebody who has a very deep knowledge of movies, not moviemaking, but of movies themselves, of the culture of movies, so he always had fantastic feedback. The one thing he was really attached to was making sure that we were not betraying the personalities of his characters, but that’s about it. He basically gave us free rein, which I took advantage of and took that opportunity but at the same time wanted to stay faithful to the material.

You have a fantastic voice cast led by Sam Rockwell. Tell me about casting them.
It was an intense casting process; we were very specific about who we wanted. We wanted to move off the beaten path and not get the usual heist film actors; we wanted to have a fresh take. Sam was the first one we cast it, he’s the first one who said yes, and then following him, the rest of the cast was super interested in wanting to work on this. Sam is a beloved actor, so revered and talented. Working with them was an incredibly enlightening experience because I’d never worked with talent of this calibre. That’s the perk of working in a big studio like DreamWorks; they reach for the stars. This was incredibly eye-opening because you realize the complexities needed to do that job, how difficult it is just to use your voice. They have to bring so much nuance and emotions and make sure a joke or a sad moment lands with nothing but their voice. They did it with such ease and fluidity. Whereas I’m utterly incapable of doing this. For 99% of the world, it is impossible; this is why they’re so sought after. It was a pleasure to build the characters with them and listen to them infuse them with such life. I am deeply grateful to be able to work with people like that.

Was it scary or exciting to have such great actors and a big studio like Dreamworks on your first feature?
It’s utterly terrifying. The first day Sam came to the soundstage, he casually said, I’ve finished shooting with Clint Eastwood. I’m like, Sam, I’m just a first time director; you can’t just talk about Clint Eastwood, he is a legend. Who am I? I’m just a new guy. The trick really is to connect on a very human level because they are artists like me, and they want to know their character. They gave everything to their performance because they cared a lot; you get the best from people when they connect. You start working together, connecting, and you become a family. We’re all human, that is all anyone wants, to connect, and that’s what we did.

I have a terrible fear of spiders, I can’t even look at an animated one usually, but Webs (Awkwafina) is one of the cutest things I’ve ever seen. How did you manage that?
Thank you for saying that, we struggled to make a spider appealing. She was incredibly difficult because you’re right; spiders are scary, but to find a design that would be appealing and cool and cute but at the same time still a spider, was a lot of work.

An animation director has twice the workload, you have to direct the animation, and you have to direct the actors. How do you balance the two sides of the job?
It is breaking down two sides of the same coin. You split the process, start with the voice, and then do the animation. Luckily, I’ve been an animator all my life. I know exactly how the process works. I was really able to guide the animators and guide them into the animation style that I wanted for the whole film, which was great. My head of animation, JP Sans, is one of my closest friends; we had worked on so many movies together. All the supervising animators, I’ve known them for so long. So, there was a very quick connection that I could make with the whole team. I know that this is my turf. I’ve been so invested in animation for so long that I am very comfortable with that craft. When it came to the actors, I would record them, guide them, direct them, work the sequences with the actors to get the voice work recorded. I would reproduce the same process with the animators saying, okay, this is the sequence, this is where the character stands emotionally. As opposed to saying, okay, enter, do that pose, do this pose, I would give them an overview and then really focus on the emotion. Then the team would come up with an amazing shot in animation that was really fun to watch in dailies and then build upon.

There are nods to Tarantino films, Ocean’s 11 and I think I saw Bullitt in there. Were there other films you drew inspiration from?
Yes, they were all in there and Baby Driver. I took inspiration from Japanese anime like Cowboy Bebop. Snatch was a big one, and Lock, Stock, and Two Smoking Barrells. I’ve got the Italian Job in there, and Ocean’s 11, as you mentioned, and then the film evolves more towards James Bond, Mission Impossible, and all these great actions films I grew up watching. You put your finger on most of them. It was Reservoir Dogs and Pulp Fiction for Tarantino, particularly Reservoir Dogs. I have a nod to Scorsese in there as well.

THE BAD GUYS is now showing in Irish cinemas