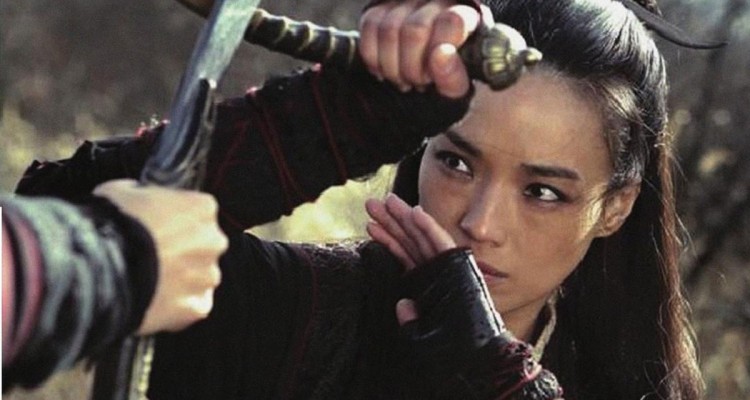 THE ASSASSIN (Taiwan/China/Hong Kong/France/12A/105mins)
Directed by Hou Hsiao-Hsien. Starring Shu Qi, Chanc Chen, Tsumabuki Satoshi, Zhou Yun, Juan Chinc-tian, Lei Zhen-Yu, Hsieh Hsin-yinc, Sheu Fanc, Fang-yi Sheu..
THE PLOT: China, the 9th century, and female assassin Nie Yinniang (Qi), is returned to her family home by her aunt Jiaxin (Fang-yi) after completing her training. Given the task of killing her wayward cousin Lord Tian (Lei) – the two having once been betrothed to one another – Yinniang struggles to go through with her mission. Emotions had gotten in the way too when Yinniang abandoned the killing of a government official when she saw his infant son was present. To fail again in her task will result in dire consequences, but Yinniang is determined to find a way out…
THE VERDICT: Goddamn, from that first glorious black’n’white frame, as a young woman is given her target to assassin under a small gathering of trees and nearby donkeys, the look of The Assassin is just stunning.It makes the leap to colour shortly afterwards all the more intoxicating.
Chosen by ‘Sight & Sound’ as their film of 2015, and the winner of a whole heap of awards, gongs and noms, Taiwanese director Hou Hsiao-hsien has said of his eight-years-in-the-making sombre martial arts drama that he wanted to steer clear of fantasy of your typical martial arts film and root this 9th century short story adaptation in reality. Taking merely the opening premise of Chinese writer Pei Xing’s celebrated story of a young assassin who is instructed to kill her wayward cousin, Hou then explores the tension between the central royal court and the warlords, having explored many historical documents chonicling that time.
That Hou took eight years to put this majestic film shows not only in the stunning beauty on display but also the dreamlike quality of the plotting. The man goes full Malick, as much is left unexplained; just as in real life. The narrative ambiguity takes more than a little concentration to follow on the viewer’s part, but such commitment pays dividends here, as the opulent beauty just keeps on blossoming before your eyes.
Oh, and the occasional burst of martial arts madness is sweetly handled too.
RATING: 4/5
Review by Paul Byrne