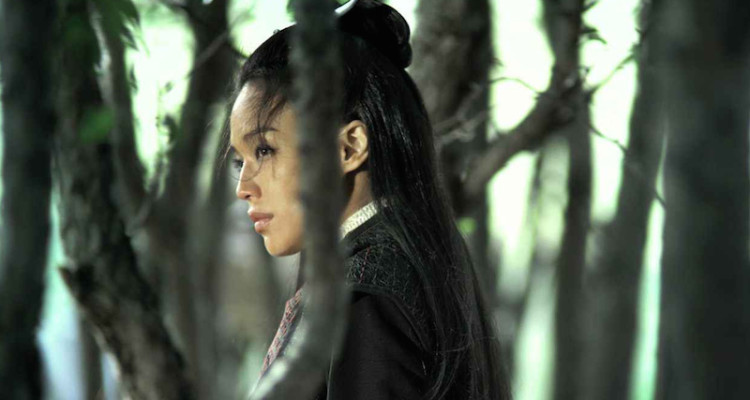 ‘The Assassin’ is released in Irish cinemas this week. This film, from acclaimed Chinese director Hou Hsiao-Hsien, is the tale of an assassin in 7th century China; Nie Yinniang (Shu Qi) is sent to execute a governor, but balks at the mission because the governor’s child was there. In order to regain her honour the ‘princess-nun’ Jiaxin (Sheu Fang-yi) sends Nie Yinniang back to her home in Weibo to kill her cousin Tian (Chang Chen), the governor of the region. Returning home is a challenge for Nie Yinniang, not least because she and her cousin used to be incredibly close.
We caught up with director Hou Hsiao-Hsien at the Cannes press conference for ‘The Assassin’ to learn more about this beautiful and gripping film.

The film is largely inspired by a novel written in 8th century China, during the Tang Dynasty, how well do you know this time in terms of literature, paining and politics?
Hou Hsiao-Hsien: I am reasonably familiar with literature during the Tang period. I have been interested in this period ever since I studied at university. I was keenly interested, above all, in the female characters in these times; there were many women assassins. What I really loved was the story of Nie Yinniang. This Dynasty is a very colourful one. The Dynasty, and literature from the time, combined a lot of fantastic tales, a lot of strange things. There are many different stories. I have read extensively, as I love reading, and I quickly realised I wanted to make a film about all of this.

This is almost a kung fu film. Why did you want to make this kind of film this time?
HH-H: I have seen a lot of kung fu films, and I particularly like Japanese films, films with Samurais, because the combat is so realistic. Even today, there are places where you can train to use a sabre. What is important in the film is to fully master the technique, there are very few tricks in Japanese martial arts films, that’s why I wanted to do my martial arts film in this way. I wanted to depict the same realism, I wanted to express the same energy and power. It was difficult however, because I was rather alone in adopting this approach, and I couldn’t find other people who had the same stance. It was very complex for the actresses too; they are not fully trained in martial arts, and while working on the film they ended up with a lot of cuts and bruises. I still want to make a martial arts film – another one – in order to fully attain my dream of a martial arts film as I view it.

Did you make this film with your fans in mind?
HH-H: I have already made a number of films, I have worked for many years as a director. If you started thinking about the audience when you are creating the film, then you end up doing a different style of film. It depends on the person you are. I follow my inclination, at the same time I work in very comfortable circumstances; the budget of the film was $15 million, this is a luxury. It’s not something that many people can enjoy. Maybe I will end up very poor one day and I will not be able to shoot films any more, but I will always do my utmost to film what really is dearest to my heart.

How challenging was it to get a costume piece, martial arts drama made?
HH-H: This film was a challenge; it was a challenge that I really took great interest in. I needed it. In this day and age when Hollywood reigns supreme, compared with the time of the New Wave and times when there were very interesting different films, we don’t want cinema to becoming poorer in the future.

The cinematography was so beautiful on the film, but the opening sequence being shot in black and white is particularly interesting. Why did you decide to do this?
HH-H: It was my gut instinct; that’s how I sensed things should be. When you think about it, she is a woman, she is an assassin, and I think that black and white were very suitable for that kind of a character. In colour, things would have been too cruel.

What is next for you?
HH-H: What’s most difficult is to find money, to find financing. If this film is a success and makes money then I will soon make another film. If that is not the case then you may have to wait a long time before you see another film.

‘The Assassin’ is released in Irish cinemas on January 22nd 2016. Watch the trailer below…