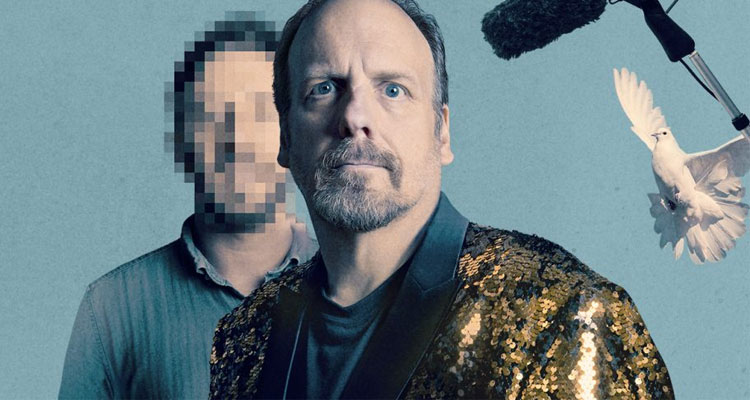 The Plot: Documentary filmmaker Benjamin Berman sets out to record the final year of The Amazing Johnathan, a comedian / magician of some notoriety. He deconstructs magic in the same way as Penn & Teller, but with an even edgier sense of humour. He has stated on camera that he is dying and has a year to live. Fast forward several years later and Johnathan is very much alive though not in the best of health. Against the advice of his doctor, he hits the road for a comeback tour of his show. While on the road, he casually informs Berman that there is a second documentary crew who will be there too and that they have Oscar-winning pedigree. Berman begins to question Johnathan’s motivations and whether he’s telling the truth about his health. That’s when the plot really starts to thicken…

The Verdict: The nature of documentary filmmaking is that a filmmaker will have an end goal in sight, to wrap up his/her story in a neat little bow and say that all the angles on the subject have been covered. Of course, this is not always what happens. The structure of a feature documentary needs to be fluid, to change with developments or be taken in a different direction if required in the edit suite. That’s what first-time filmmaker Benjamin Berman discovered when he made The Amazing Johnathan Documentary. Ostensibly a portrait of an eccentric dying comedian / magician, the film soon became something quite different. After 2 years, Berman found the camera turned on himself as he began to question the direction of his documentary and where his mercurial subject was taking it, with no apparent ending in sight.

To reveal what exactly happened would be to spoil this humourous but also deadly serious documentary’s many twists, turns and secrets. It’s enough to say that Johnathan himself had a few tricks up his sleeves for the filmmaker(s), given that there was a second documentary crew involved at the same time. It’s the stuff of a documentarian’s nightmare. However, Berman has salvaged his film, along with his often revealing interviews and reconstructed it into a puzzle box documentary which gets very meta towards the end. There’s a grand magic trick going on here, with a lot of carefully-positioned moving parts. It’s not just between Berman and Johnathan but also between Berman and the audience as the near-labyrinthine story unfolds.

Berman draws you into the story with his occasionally daring footage, debating whether to do something illegal with his prankster subject on camera in order to understand him better. Other times, Johnathan is elusive and walks out of interviews. Further still, we see a more vulnerable Johnathan who is very much living in his own little world. As Berman turns the camera on himself, the story takes a different direction. However, he does it in a carefully subtle way which ensures that he brings Johnathan back into the story. Berman avoids the pitfalls of losing focus on his subject, even when things get loopy. Although Berman becomes a major player in his own documentary, the film is ultimately about Johnathan. Even when he’s not onscreen, his presence is felt. The Amazing Johnathan Documentary is magic indeed. It’s a cleverly constructed grand illusion, surprisingly funny and moving in equal measures.