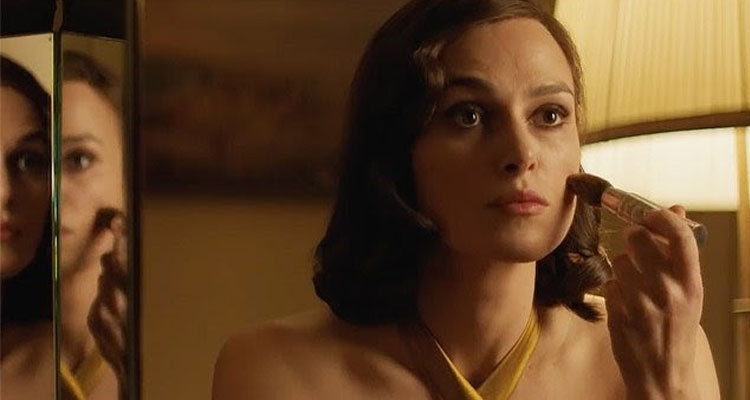 In short: A classy affair

The Plot: Hamburg, winter 1945. British soldier Lewis (Jason Clarke) is stationed in the bombed-out ruins of the city, helping its people back to their feet. Not everyone welcomes his presence though and there are still Nazi sympathisers. His wife Rachael (Keira Knightley) arrives from London, whereupon they move into a large mansion currently occupied by widower Stefan (Alexander Skarsgard) and his young daughter Frida (Flora Thiemann). Stefan is due to go to a camp, but the sympathetic Lewis agrees to sharing the house. Rachael is openly frosty towards Stefan, having lost her son to a German bombing raid. That cold war thaws though when they become drawn to each other and begin a passionate affair…

The Verdict: All’s fair in love and war, as the saying goes. What happens afterwards though, when people have to pick up the pieces of not only their lives but their bombed-out homes and cities? That’s the theme of The Aftermath, a period love triangle based on the novel by Rhidian Brook. World War II may have ended, but it continues to some degree in the Hamburg house occupied by our main characters. The house becomes divided into zones like Berlin, with Rachael bristling at any contact with Stefan and his daughter. She can’t see them as anything other than ‘the enemy’, rather than just civilians that they are, caught up in a war that wasn’t of their own making. Lewis reminds her that they won, but she quite rightly points out that there are no winners in war.

The Aftermath treads familiar dramatic territory: a frosty relationship which explodes in a sudden burst of passion, breaking down personal barriers in an instant; a naïve husband who has too much faith in his wife, especially when all is not well in their marriage; a sub-plot involving Nazi sympathisers which enters at a key point in the story. However, it does so with a firm sense of purpose and style, which paper over any concerns about doomed romance clichés and the inevitability of where it’s heading . It’s a sophisticated but simultaneously old-school film, lushly lensed and quietly scored to underline the characters’ repressed emotions. In another era, it might have featured actors from the Golden Age of Hollywood, like Bette Davis or Ingrid Bergman.

Director James Kent’s previous film, Testament Of Youth, was about the challenges of maintaining a relationship during wartime. Here, he focuses on characters in the aftermath, as the find their common humanity through their similarities – Stefan losing his wife to a bombing raid, Rachael losing her son the same way. He strips back the dialogue, allowing his talented trio of main actors to distill their emotions down to loaded glances and wordless intimacy. Building on her acclaimed performance in Colette, Knightley works hard to make Rachael not the bored housewife but a mournful woman tempted by dreams of a new life with Stefan. Skarsgard makes for a dishy love interest, but one troubled by his country’s defeat and what that means for the future of his daughter. Clarke also provides good support, portraying Lewis as a decent man trying to do the right thing for everyone.

While it doesn’t hold any major surprises, The Aftermath is a classy affair which mixes both the old and the new to agreeably satisfying effect. The ending is particularly good too, bringing the story back to where it needs to be. Go for the performances, stay for the engaging story. There are no winners in war, but this particular war story is a winner.