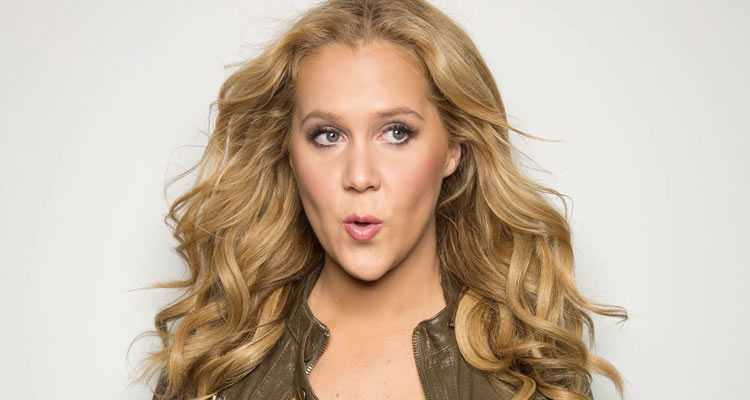 Who Is Amy Schumer?
For some, it feels like Amy Schumer literally came out of nowhere. Months before her debut movie Trainwreck had even hit cinemas, and she’s already stealing the limelight on The Graham Norton Show, and everyone you know seems to know and love her! She was in Dublin this week for the Irish premiere of Trainwreck and a public Q+A with drag queen Panti Bliss. But who is she? Well, long story short, the reason she’s so hot right now is because of her show, Inside Amy Schumer. Here are our five favorite of her sketches, to help you catch up on her greatness. Beware though, a lot of these are VERY NSFW. Enjoy!

When her boyfriend takes a break from his Call Of Duty-esque game, Schumer picks up the controllers and plays as a female soldier. She soon discovers that the game is VERY different for women than it is for men.

Jogging in the park, Schumer accidentally comes across Tina Fey, Patricia Arquette and Julia Louis-Dreyfus celebrating the last day that the media finds them physically attractive. Turns out they all auditioned for the role of Mrs. Claus in an upcoming Santa movie, but the part went to J-Lo.

A spot-on look at how women will insult themselves rather than accept a compliment from someone else. “I look like Susan Boyle’s toothbrush.”

Flipping the gender norm on it’s head, Schumer heads to O’Nutters for lunch with her two work-friends. Pretty much a Hooters, but focusing on a specific male body part instead of specific female body parts, Schumer’s recently single male friend finds the whole thing utterly ridiculous. Imagine that.

As the editor of a fashionable ladies magazine, Schumer gathers all her writers to pitch ideas for their 500 Sex Tips To Drive Him Wild article. The suggestions they come up with are likely to terrify any man listening.
Words – Rory Cashin

TRAINWRECK is now showing in Irish cinemas – watch the trailer below