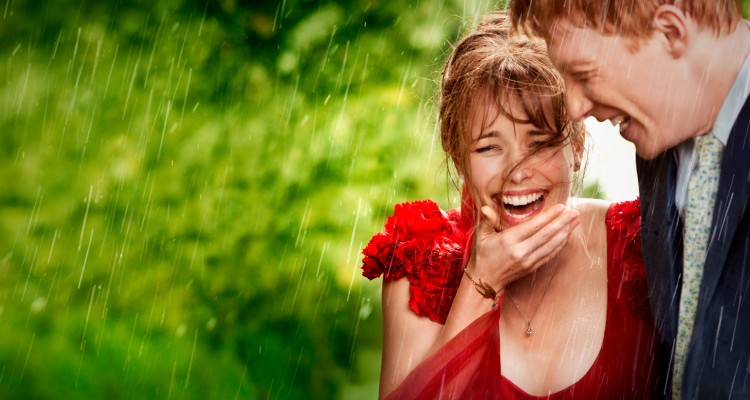 Tearjerker movies… from ‘Beaches’ to ‘About Time’

‘Mum’s List’ is released in Irish cinemas this week. The film, a classic tearjerker about a mum taken away too soon, focuses on widower Singe (Rafe Spall) as he tries to come to terms with his wife’s death, and fulfil the wishlist that she left for Singe and their kids.

Here at Movies.ie, we appreciate a good weepy movie as much as anyone else, and to celebrate the release of ‘Mum’s List’ in Irish cinemas, we have taken a look back at some classic films that make us cry… In a good way.

BEACHES
Cecilia Carol “C.C.” Bloom (Bette Midler) and Hillary Whitney (Barbara Hershey) have been friends since they were children. C.C receives a note during a rehearsal for her upcoming concert, telling her bad news about her lifelong friend. As she drives from L.A. to San Francisco to be with Hillary, she reflects on her life with her friend.
‘Beaches’ is a classic weepy flick in every sense of the word. Told through flashback, the audience gets to know C.C. and Hillary’s lives together, and the ups and downs that come with such a long friendship. Being a weepy, ‘Beaches’ does not have a conventional happy ending, but C.C. gets a second chance to make things right with her friend. Of course, Bette Midler’s version of the 1982 song “The Wind Beneath my Wings” became a US number one hit, and has been found in a 2002 UK poll to be the most-played song at British funerals.

TITANIC
Rose (Kate Winslet) and Jack (Leonardo DiCaprio) fall in love on the doomed maiden voyage of the Titanic, from Liverpool to New York. After the ship hits an iceberg and begins to sink, the pair – who have been hiding their new found romance from Rose’s family – struggle to save one another, and survive, with the dream of living long and happy lives together.
Based around the true story of the Titanic’s sinking in 1912, James Cameron’s film introduces the star crossed lovers of Jack and Rose to give the story a device to be framed around and, presumably, to make people around the world cry their eyes out at the heartbreaking ending which, as you may have guessed, is not necessarily a happy one.

TOY STORY 2
Released in 1999, ‘Toy Story 2’ follows Woody (Tom Hanks) as he is stolen by a toy collector, and faces life in a museum away from his loving owner Andy. Buzz Lightyear (Tim Allen) and Woody’s friends have other ideas however, and they set out to rescue him… Meeting some new friends along the way. One of these new friends is Jessie the Cowgirl (Joan Cusack), who once was loved by her owner, but has spent so long alone in storage, it has made her nervous and withdrawn. When Jessie sings the story of the love between her and her owner, there is sure to be not a dry eye in the house.
All of the Pixar movies, and the three ‘Toy Story films’, are brilliantly fun, funny and heartbreaking, but there is something tragic about a toy just wanting to be loved by a child again, after being abandoned years earlier.

THE NOTEBOOK
Noah (Ryan Gosling) and Allie (Rachel McAdams) fall in love in 1940s Seabrook Island, South Carolina and have a summer romance, but Allie;s parents have other ideas and drive the young lovers apart, even going as far as to intercept Noah’s letters to Allie over the intervening years. The two finally reconnect years later, although Allie struggles to decide between Noah and another man she has become involved with. Many years later, it is revealed that Allie is in hospital suffering from dementia, and Noah is reading her the story of their lives together, with the hope that she will remember him one last time.
Based on the novel by Nicholas Sparks – master of the tearjerking story – ‘The Notebook’ is a classic tale of star crossed romance, made even more poignant with the news that Allie does not remember the love of her life. Of course, Gosling and McAdams became a couple in real life, making fans of the movie cry even more when they finally split up in 2008.

ABOUT TIME
On his 21st birthday Tim’s (Domhnall Gleeson) father reveals a secret; that all men in the family can travel backwards through time. Being 21, Tim quickly takes on the search for love, and realises that even though he can change his past, the path to true love doesn’t always run smoothly.
Another tearjerker starring Rachel McAdams, ‘About Time’ is, at its heart, a story about a man who has to chose between his father and his children. Gleeson is on fantastic from in ‘About Time’ and his relationships on screen between Bill Nighy and Rachel McAdams are utterly charming, making his choice between the past and the present even more difficult.

‘Mum’s List’ is released in Irish cinemas on November 25th 2016. Watch the trailer below…